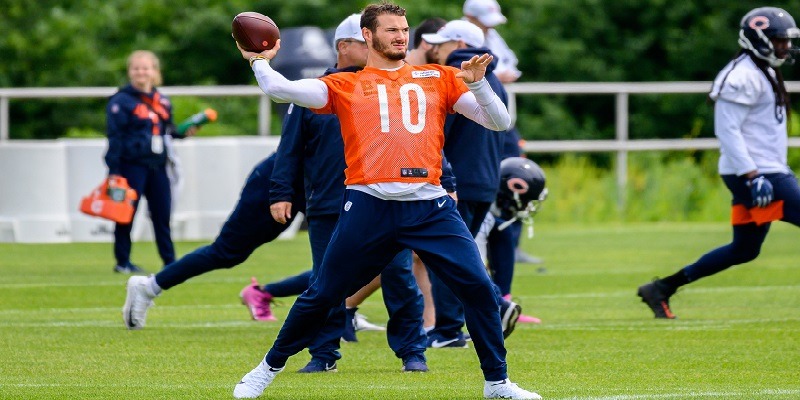 Competition could be the precursor to relocation in the case of Chicago Bears quarterback Mitchell Trubisky.

Retired offensive lineman Kyle Long said in a Windy City Podcast interview that the end is likely near for the former No. 2 overall pick.

“Long answer short, the writing is on the wall for my friend No. 10,” Long said. “We are potentially going to see him in another jersey in years to come here sooner rather than later. I think Nick Foles was brought in to be the starting quarterback. There is no real secret there.”

Foles was acquired for a fourth-round pick from the Jacksonville Jaguars and is versed in head coach Matt Nagy’s offense. They are close friends who remained in contact since their time together in Philadelphia and Kansas City.

Trubisky is entering the final year of his rookie contract with the Bears holding a team option for 2021. He went 8-7 last season and the Bears missed the playoffs after winning the NFC North title in 2018.

Long said he supports Trubisky, but the root cause of his troubles aren’t skills, ability or potential.

“Unfortunately, help,” Long said of what Trubisky needs to be better. “There are other guys that have struggled to stay healthy. I also think that the tight end position is something that needs to be addressed. You look at teams like San Francisco and Baltimore and they have strength in numbers when it comes to studs from the offensive line to the tight ends and we could really implement that in our offense. I know Matt Nagy understands that, but it’s a matter of going out there and getting the right pieces.”