Seahawks Next QB Odds: ‘Any Rookie’ Over Drew Lock 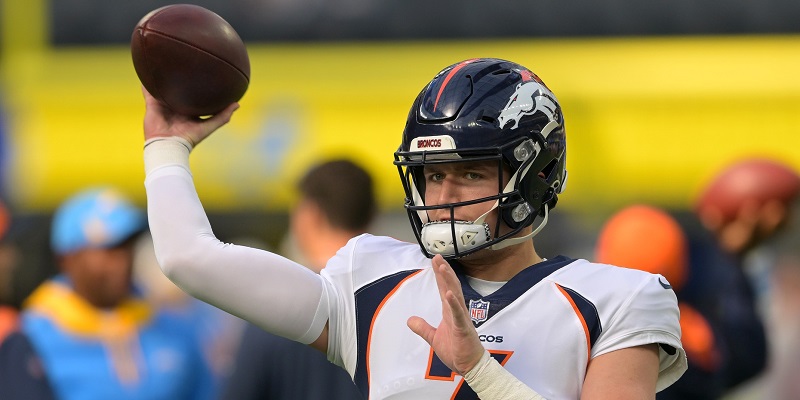 What the Seattle Seahawks plan to do at the quarterback position is one of the great mysteries of the NFL offseason after they agreed to trade Russell Wilson to the Denver Broncos.

Three-year veteran Drew Lock and the Nos. 9 and 40 overall picks in the 2022 NFL Draft are part of the package heading Seattle’s way when the new league year officially starts next week.

Lock and former University of Washington star Jacob Eason will be the only two quarterbacks on the roster once the trade becomes official. Coach Pete Carroll said the team hopes to re-sign Geno Smith, Wilson’s backup the past two seasons, but he will become a free agent and has an off-field incident hanging over his head following a January arrest for suspicion of driving under the influence.

Few believe Lock is the team’s short-term answer at quarterback much less its long-term one. However, the immediate future is clouded by a thin free agent class and a quarterback draft class widely considered to be weak at the position.

Lock has started 21 of 24 games through his first three seasons while throwing for 4,740 yards, 25 touchdowns and 20 interceptions. He has an 8-13 career record, including 0-3 last season.

Minshew, who starred at Washington State, Winston and Mariota are considered the top pending options on the free agent market. Garoppolo is widely expected to be dealt by San Francisco, but it’s unlikely the 49ers would ship him to a divisional rival.

Watson’s status remains in limbo while his legal situation in Texas plays out and he could yet face punishment from the NFL.

Carroll and general manager John Schneider selected Wilson with the 75th overall pick in 2012 and started him as a rookie. So, there is certainly the potential for Carroll and Schneider to identify a quarterback they see as an immediate fit in this year’s draft.

The Seahawks will have eight total picks once the trade is finalized, including Nos. 41, 72 and 107 overall.

SportsBetting.ag went a step further in breaking out the rookie quarterbacks individually in the sportsbook’s prop market for who will start for Seattle in Week 1.

Lock is the early leader, followed by Liberty quarterback Malik Willis, who may be available to the Seahawks at No. 9. Pittsburgh’s Kenny Pickett, Ole’ Miss’ Matt Corral, Cincinnati’s Desmond Ridder and North Carolina’s Sam Howell are also listed options.