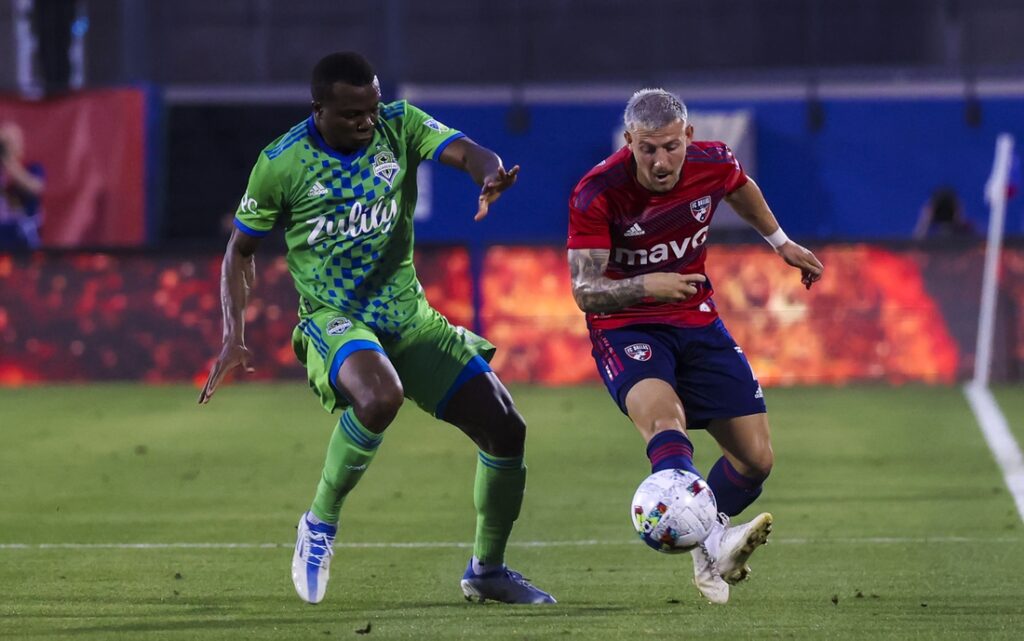 Jesus Ferreira and Paul Arriola had goals in the second half and that was all FC Dallas needed in a 2-0 win over the weary Seattle Sounders FC on Saturday in a Western Conference match in Frisco, Texas.

The win was the fifth straight at home for Dallas (5-1-4, 19 points), which extended its unbeaten streak to eight matches. Dallas has not lost at home this year and has four draws on the road.

Dallas goalkeeper Maarten Paes did not have to make a save in recording his fourth clean sheet of the season.

The Sounders (2-5-1, 7 points) fielded a team of mostly reserves after playing, and beating, Pumas on aggregate on Wednesday to become the first MLS team in the modern era to become Concacaf champions. Seattle did not have a shot on goal in Saturday’s match.

Both teams had excellent chances to score in the first half, but neither found the net nor had a shot that forced a save.

Seattle’s best chance came as Leo Chu was fed for a breakaway in the 24th minute and had a one-on-one opportunity against Dallas goalkeeper Stefan Cleveland but missed wide left when Cleveland came way off his line to challenge.

In the 34th minute Arriola’s corner kick was headed across the goal mouth by Matt Hedges but Paxton Pomykal, who was open at the back post, could not get his foot on the ball.

Ferreira’s goal in the 65th minute ended the scoreless stalemate. Emmanuel Twumasi started the scoring play with a crossing pass from the right corner of the box, with Ferreira open enough to have the time to steady the ball before beating Cleveland to the bottom right corner.

Arriola’s doubled the lead in the 88th minute, volleying home a spot-on crossing pass from Eulanio Gomes (Nanu) to ice the match and send the Sounders to their second straight MLS loss.

Dallas didn’t have a shot on target until the second half, but peppered Cleveland over the final 45 minutes and stoppage time. FCD produced 21 shots overall and seven on goal.