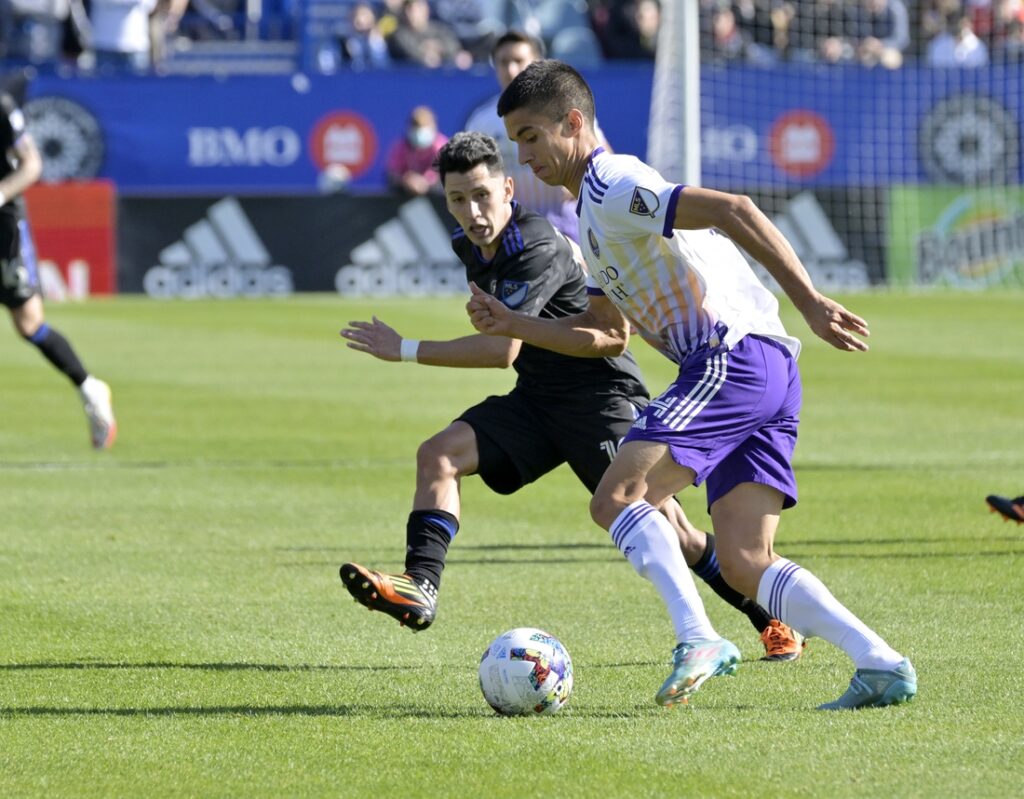 Djordje Mihailovic scored his team-leading fifth goal of the season, Joaquin Torres scored his third goal and had two assists and CF Montreal pulled away for a 4-1 win over visiting Orlando City SC on Saturday afternoon.

Zachary Brault-Guillard added a goal and an assist off the bench for Montreal (5-3-2, 17 points), which extended its overall unbeaten run to seven matches in league play since losing a Concacaf Champions League quarterfinal series.

Joel Waterman scored the opening goal and also had an assist for the hosts, who have also won three in a row at home.

Joao Moutinho headed in Mauricio Pereyra’s corner kick for Orlando (5-4-2, 17 points). But the Lions were considerably outplayed for most of the match.

Gallese had already made a pair of quality stops before Waterman opened the scoring in the 21st minute.

Montreal’s Romell Quioto headed the corner toward the back post before it then took a deflection off Orlando’s Benji Michel and fell to Waterman, who finished past Gallese from close range.

The play was originally ruled offside, but after a video review, referee Guido Gonzalez Jr. overturned the decision. Replays showed Waterman was clearly onside when Quioto had touched the ball.

It was 2-0 seven minutes after halftime when Mihailovic hammered in Alistair Johnson’s cross from the right from close range on a counterattack that stemmed from an Orlando giveaway.

Moutinho gave Orlando some brief hope in the 72nd minute. But Torres’ excellent turnaround finish inside the box on a feed from Brault-Guillard put the game out of reach in the 81st, and Brault-Guillard completed the scoring three minutes later.