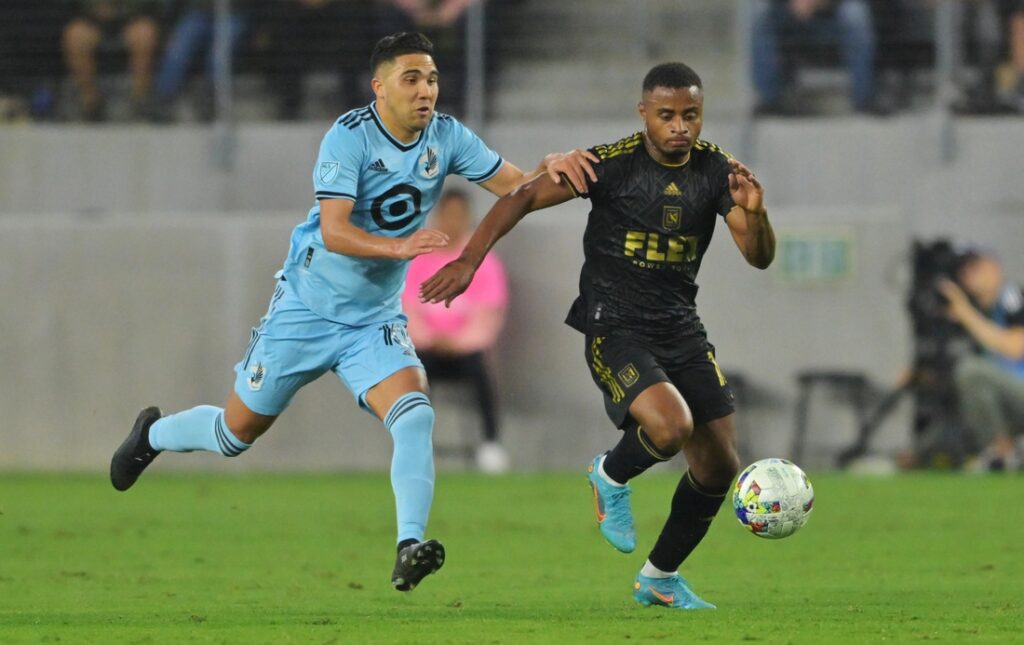 Substitutes Ryan Hollingshead and Jose Cifuentes each scored goals after the 80th minute and Los Angeles FC extended their winning streak to three games with a 2-0 victory Sunday night over visiting Minnesota United.

Hollingshead, who entered in the 74th minute for Franco Escobar, produced the go-ahead score eight minutes later on a spinning right-footed shot from the edge of the 6-yard box. Another substitute, Danny Musovski, sent a corner kick in front of the Minnesota United goal, and Hollingshead pounced on a loose ball out in front for his third of the season.

Cifuentes scored in the 90th minute from nearly the same spot in front when he redirected a centering pass from Diego Palacios. It was his second goal of the season.

LAFC ended Minnesota United’s five-game points streak in the teams’ head-to-head series. LAFC won the first-ever meeting between the teams in May 2018 before the Loons won the next two. The next three games ended in a tie.

LAFC (7-1-1, 22 points) moved back atop the overall MLS standings after they were passed Saturday when Austin FC earned a 2-1 victory over the Houston Dynamo.

Minnesota United (4-3-2, 14 points) were held without a score after they had a combined six goals in their past two games, both wins.

LAFC nearly jumped out in front in the 51st minute. Cristian Arango hit the left post with a deflected shot. Kwadwo Opoku then got a clean look at goal off the rebound, only to shoot high and off target.

Carlos Vela, who leads LAFC with four goals, has not found the net in any of his past five MLS games and any of the last six, counting U.S. Open Cup play. He had three shots Sunday.

Minnesota United’s Robin Lod, who leads the team with three goals, was held in check on three shots after scoring in each of the last two games.