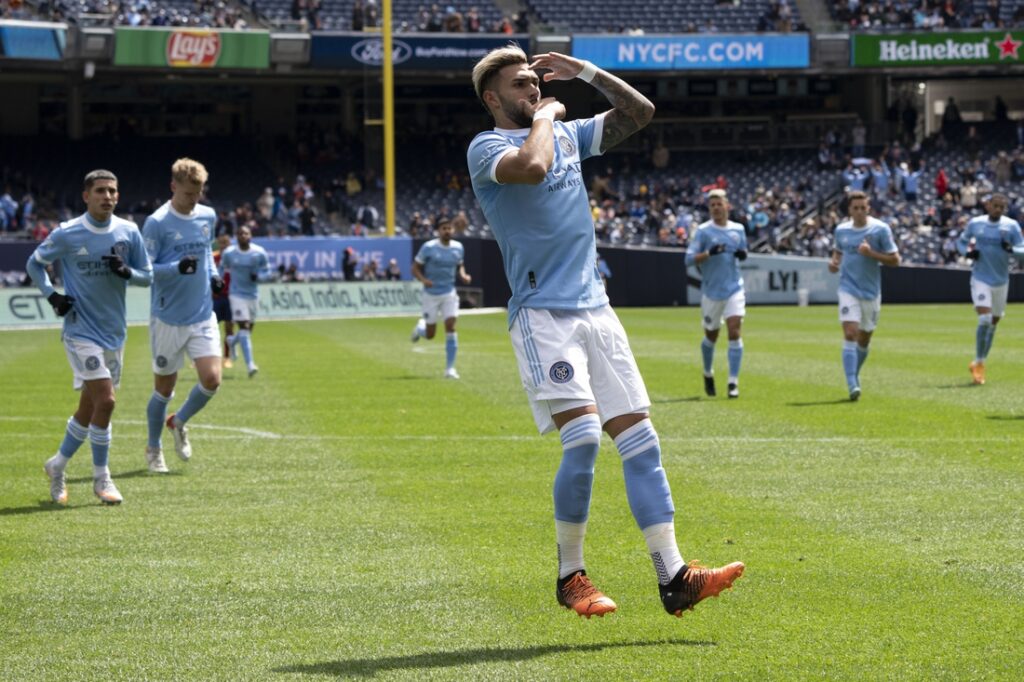 New York City FC will try to keep their offense surging when they host a San Jose Earthquakes squad that could be tough to predict under new leadership.

NYCFC (3-3-1, 10 points) have scored 11 goals over their past two matches, the latter a dramatic 5-4 victory over Toronto FC. The win pushed NYCFC back above the Eastern Conference playoff line entering the weekend.

Valentin Castellanos collected a goal and an assist against Toronto FC after he found the net four times in a 6-0 win over Real Salt Lake the previous week.

And the visit of a San Jose side that has conceded a league-high 20 goals this season (entering play on Saturday) would appear to provide another opportunity for the defending goal-scoring champion.

“Obviously it’s a bit difficult (to predict), but they haven’t been so different from what they were before,” Deila said of the team’s tactical approach under interim manager Alex Covelo. “They press man-against-man almost all over the pitch. … This is going to be a totally different game than we had against Real Salt Lake and Toronto.”

The Earthquakes conceded two or more goals for a fourth consecutive match on April 23.

Unlike the previous three, they were able to respond from two goals down to pull off a stunning 4-3 home victory over the Seattle Sounders.

Cristian Espinoza recorded his first career MLS hat trick to bring his season total to four goals through eight games, one more than he has scored in any of his three previous MLS seasons.

Jeremy Ebobisse has a team-leading five goals for San Jose. And despite their low standing so far in the Western Conference standings, the Earthquakes have proved to be a tough team to put away, coming from two goals down on three different occasions to earn at least a point.

Covelo suggested his side won’t be intimidated by the defending MLS Cup champions.

“I don’t think it’s a secret that New York City FC and Seattle Sounders FC are very good teams,” he said. “We have a big game to play on Sunday, and we will try to address it tactically as best as we can.”