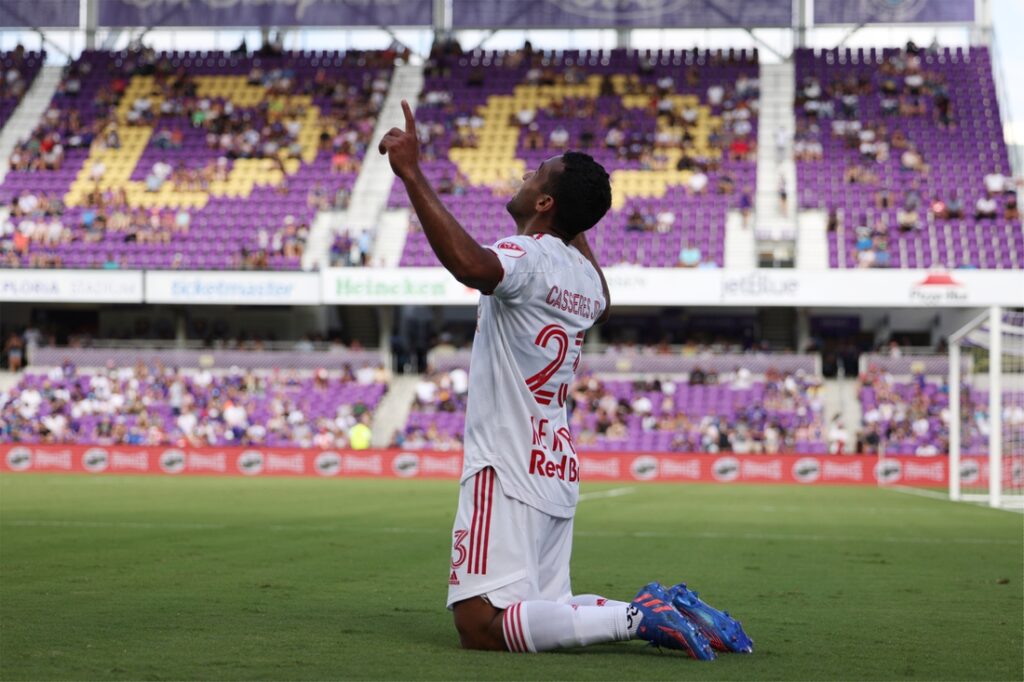 The New York Red Bulls will look for their fifth consecutive road win when they travel to Chicago to play the struggling Fire on Saturday in an Eastern Conference clash.

The Red Bulls (4-2-2, 14 points) head to the Windy City after a dominating 3-0 win at Orlando City SC on Sunday, in which they became the first team to win its first four road games of the season since the LA Galaxy in 1998.

New York has scored 11 goals on the road this season and is tied for first in the MLS in that category. Lucas Linhares, Cristian Casseres Jr. and Lewis Morgan had goals in the Red Bulls’ win in Orlando.

“We can see how we’ve progressed, and I think everyone understands more and more what we want together,” Red Bulls coach Gerhard Struber said. “You can see how important is it that everyone is on the same page and that everyone has the right mindset to leave everything on the field.”

Chicago (2-2-4, 10 points) started the season unbeaten after five matches, with three of those matches scoreless draws. Including a 3-0 loss at Minnesota United FC last week, the Fire have endured a four-match streak without a goal and host a Red Bulls team that has shut out its past two opponents.

Prior to the goal in Minnesota, the Fire had allowed just two tallies in the first 701 minutes of MLS play this season.

“If we can score some goals and continue to play the type of team defense we’ve been playing, we’ll be in a good position — not that we’re not in a good position now,” Chicago coach Ezra Hendrickson said. “We’ve only conceded one goal and have not lost at home. New York has to come in here and try to figure out how to break us down.”

The Fire have been anchored by the play of goalkeeper Gabriel Slonina, who has been one of the top players in the league. Slonina, just 17 years old, has five clean sheets in 2022, which is tied for the league lead.

Chicago has recent history against the Red Bulls on its side. The Fire have captured the past two matches against New York, winning both at home and away last August.