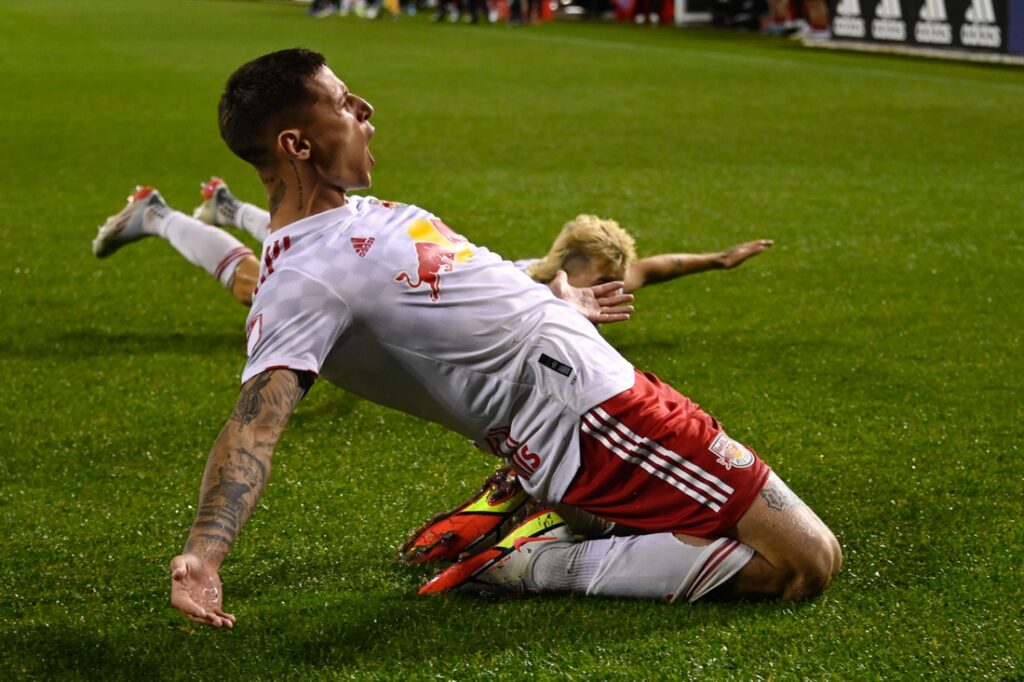 The New York Red Bulls are ascending to the top of the Eastern Conference standings behind their play on the road, with a chance Saturday to fix what ails them at home.

With a visit to the first-place Philadelphia Union looming, the Red Bulls seek their first home win of the season Saturday night when they host the Portland Timbers at Harrison, N.J.

The Red Bulls (5-2-2, 17 points) began the week one point behind the Union, who are visiting Los Angeles FC Saturday. Of New York’s 17 points, 15 are from five road victories and the Red Bulls have 13 of their 15 goals in those games.

The Red Bulls last appeared in front of their home fans on April 16 when they had six of 21 shots go on target in a 0-0 tie with FC Dallas. They return home after victories over Orlando City and the Chicago Fire.

After earning a 3-0 win at Orlando on April 24, New York got a strong performance from Patryk Klimala in last week’s 2-1 win at Chicago. Klimala scored in the 75th minute and on a penalty kick in the 91st after torrential rain forced an 81-minute delay in the first half.

Heavy rain is also predicted for most of Saturday in the New York metropolitan area.

“I think we can see steps being made in maturity and closing out games from last year and the year before, which is good,” Red Bulls captain Aaron Long said. “It just shows steps in maturity from the group to be able to close out these games.”

Portland (2-3-5, 11 points) is visiting the Red Bulls for the first time since 2018 and is hoping to end a lengthy scoring drought.

The Timbers are on a three-game winless skid (0-1-2) since a 3-2 win over Vancouver on April 9 and their goalless drought is at 282 minutes since Yimmi Chara scored in the 78th minute against the Whitecaps.

Portland began its skid with consecutive 0-0 ties against Houston and Salt Lake. Last week, the Timbers took 11 shots and conceded 17 in a 2-0 loss at Colorado during a game when they held a man advantage for more than 30 minutes.

“You have to have the mentality to be strong and go over those hurdles,” Timbers coach Giovanni Savarese said. “We were scoring goals at the beginning of the season, but these last three games, we’re creating but just not putting one in the net.”