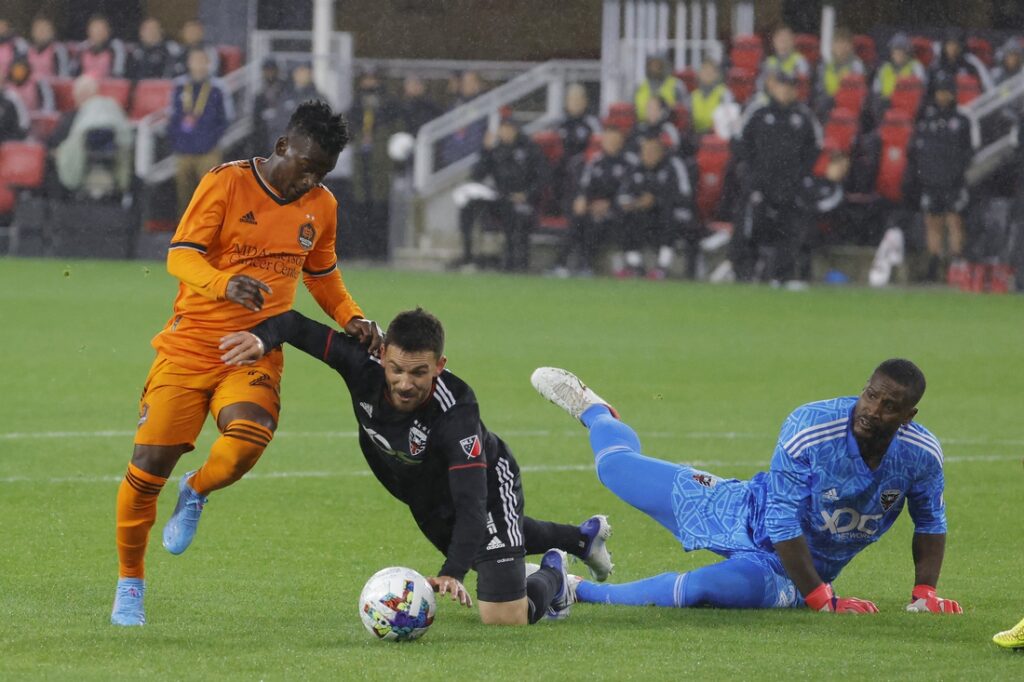 Taxi Fountas scored twice to lift D.C. United to a 2-0 win against the visiting Houston Dynamo on Saturday.

Both sides struggled to generate any attack through the opening 24 minutes. D.C. had just three attempts, none on target, while Houston had zero shot attempts.

The visitors finally had a chance a minute later when Darwin Quintero got around goalkeeper Bill Hamid but was denied by a block from United defender Steven Birnbaum.

D.C. started to pick it up in the 33rd minute. Julian Gressel fed Fountas for a sharp angle shot that went over the net and a minute later, a corner ended with the ball again sailing over the net.

Fountas struck in the 35th minute to give United a 1-0 lead on their third corner of the opening half.

Gressel volleyed the corner to Fountas coming into the top of the box. The Greek international finished it with a quick shot into the left of the net past goalkeeper Steve Clark, who barely budged for a save attempt.

Fountas made it 2-0 in the 43rd minute. Brad Smith sent a cross to him on the right side inside the box and Fountas got in front of defender Adam Lundqvist before sending the ball under the bar.

Hamid went down in pain in the 45th minute off a scramble in the goal area. After being tended to by trainers, he played the remainder of the half and the first three minutes of the second half before he subbed off for Rafael Romo, who made his MLS debut.

Fountas came close to a hat trick in the 59th minute when he headed a cross from Edison Flores but was denied by a diving Clark.

Matias Vera had one of the best chances for the visitors in the 63rd minute but his shot went right to Romo.