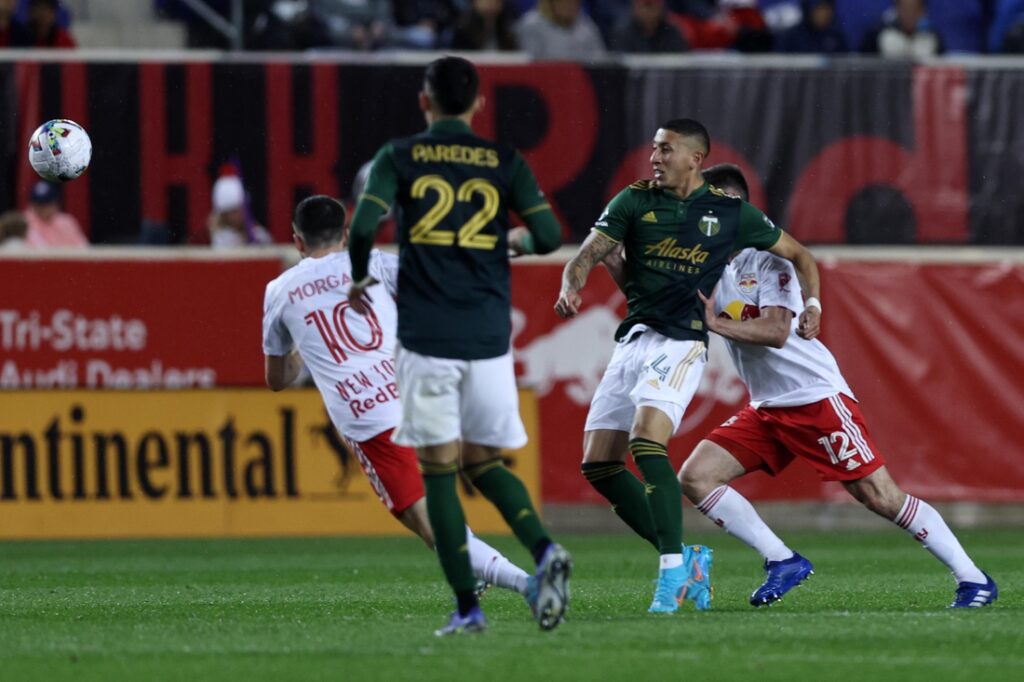 Jaroslaw Niezgoda scored in the 53rd minute to end a 335-minute scoreless drought for the Portland Timbers, who played to a 1-1 tie with the host New York Red Bulls on Saturday night in Harrison, N.J.

Portland (2-3-6, 12 points) saw its winless skid reach four games (0-1-2) despite scoring for the first time since Yimmi Chara scored in the 78th minute on April 9 at Vancouver.

Niezgoda ended the drought when he received a long cross through the box from Santiago Moreno. He finished the sequence by using his left foot to bury the shot into the bottom right corner of the net for his third goal of the season.

Goalkeeper David Bingham made three saves in his Portland debut, including a diving right hand stop on Lewis Morgan in the 67th minute.

Portland took seven shots on New York goalkeeper Carlos Coronel but Niezgoda’s goal was the only shot on target.

Long leveled the game moments after Bingham’s stop on Morgan when Portland was unable to clear and the Red Bulls retained possession with a corner kick.

Dylan Nealis gained possession and withstood a crowd in the box. He quickly headed the ball to Long, whose right-footed shot from about six yards out went past Bingham to the bottom right corner.

After Long scored, Bingham preserved the deadlock with an off-balance stop on Morgan’s left-footed shot in the 84th minute.

New York was unable to get the second goal in the seventh and final minute of stoppage time when Cristian Casseres Jr. saw his right-footed shot from outside the box sail too high.