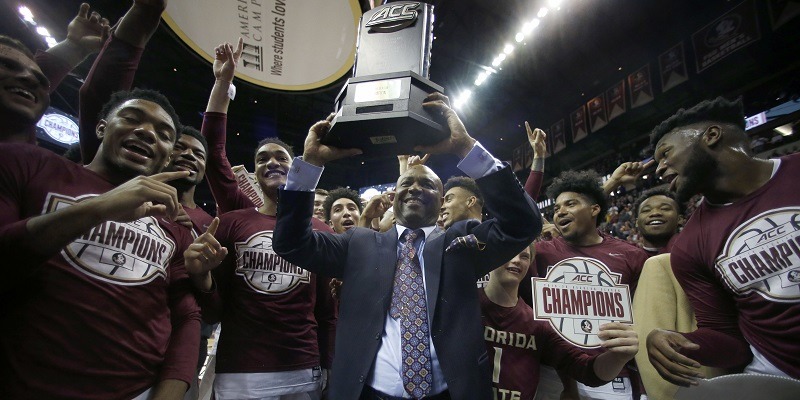 The Seminoles received the honor from the Florida state senate as the world responds to what the United States declared a national emergency in facing the coronavirus pandemic. The NCAA canceled the NCAA Tournament on Thursday, the same day the ACC tournament was ended abruptly along with all other tournaments in progress.

I introduced a resolution today in the @FLSenate declaring the @FSUHoops Team National Champions. The cornovirus will continue to impact all areas of our life but this is Florida State’s year. Congratulations to our 2020 National Champions and Go Noles! #FSU pic.twitter.com/TWOswfSt5T

The measure passed the state senate with two dissenting votes — both from University of Florida graduates.

The Florida state Senate voted 37-2 to declare the Seminoles the national champions.

The Seminoles were 26-5 on the season and won the Atlantic Coast Conference regular-season title. They were No. 4 in the most recent Associated Press top 25 poll and could have earned a No. 1 seed in the NCAA Tournament before the coronavirus pandemic forced its cancellation.

The Senate took care of the unfinished business.

“Be It Resolved by the Senate of the State of Florida:

“That the Florida State University Seminoles basketball team, by virtue of tremendous skill on the court and the heart and spirit shown by the players and coaches this basketball season, is declared the 2020 National College Athletic Association basketball champions by default upon cancellation of the NCAA tournament due to concerns raised by the spread of the novel coronavirus COVID-19.

“BE IT FURTHER RESOLVED that a copy of this resolution, with the Seal of the Senate affixed, be presented to Coach Leonard Hamilton and Florida State University President John Thrasher as a tangible token of the sentiments of the Florida Senate.”

Central Florida declared itself college football national champions in 2017 after finishing undefeated. A 13-0 season prompted the university to raise a national title banner despite not being involved in the College Football Playoff. UCF went as far as to give players and staff national championship rings.

Governor Rick Scott signed an order to recognize the team as national champs.