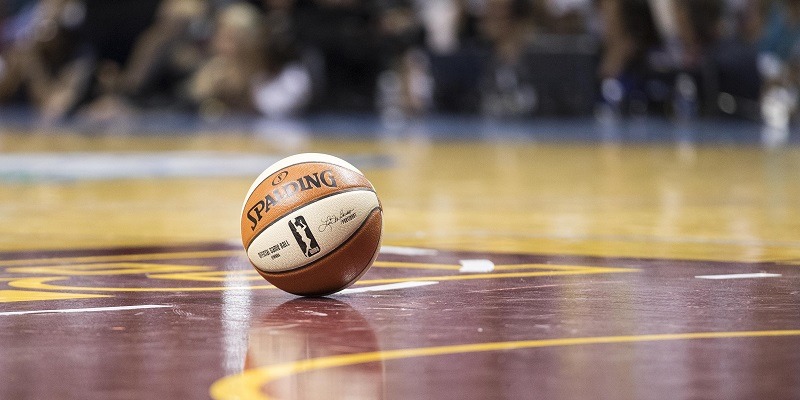 Before circumstances surrounding the COVID-19 pandemic created the need for a WNBA bubble, the state of Florida last hosted a WNBA game in 2002.

After the Orlando Miracle relocated to Connecticut and the Miami Sol folded nearly two decades ago, the Sunshine State is witnessing an unprecedented return of women’s roundball.

Beginning Saturday, IMG Academy in Bradenton, Fla., is the home of a truncated slate that includes a 22-game regular season in which each of the league’s 12 teams will face every counterpart twice.

What will things look like and which team will bring the WNBA championship trophy back to its host city — eventually, and by way of a temporary central Florida address? Field Level Media takes a look.

Options for on-site player living quarters at IMG Academy include a hotel and adjacent villas. One offers hotel food, while the other features options for grocery delivery and is more conducive to cooking.

Not present, of course, are players’ friends and extended family members, nor arenas with familiar sights, sounds and fans.

“You take solace in being on the court for two hours,” Phoenix Mercury guard Diana Taurasi told reporters. “That’s the only part of life that’s normal for us being in here.”

“This is all one big game of trust,” Bird said. “I think [the bubble is set up for success. It’s set up for us to do well and complete the season. With that, there’s a virus that no one has any control over. But that’s where it comes back to the trust.”

2. No sleeping on Seattle

Fueled by the returns of Bird and forward Breanna Stewart — who missed the 2019 season due to both knee surgery and a torn Achilles — the Storm enter the season as prohibitive favorites to unseat the Washington Mystics as WNBA champs.

Getting a pair of injured stars back boosts Seattle’s depth, to be sure. Would-be returning starters Jordin Canada — the league’s steals leader at 2.3 per game last season — and Mercedes Russell now shift to reserve roles. Each member of the Storm’s starting five from their 2018 championship team is back; still, that doesn’t mean complacency has entered the Storm’s section of the bubble, too.

“Do I think right out of the gate we’re probably in the top part of the league? Yeah, but that’s just on paper,” Bird said. “One thing I’ve learned in this league, it doesn’t matter if you won the year before or have the same team back. Paper is paper. It means nothing.”

If the Mystics are to repeat, they likely will have to do so without reigning league MVP Elena Delle Donne. The 6-foot-5 forward-guard, who lives with Lyme disease, was denied a medical exemption from playing this season.

In addition to Delle Donne’s immune system concerns, Washington coach and general manager Mike Thibault recently told reporters that the pandemic delayed Delle Donne’s recovery timetable from offseason back surgery. Delle Donne played through three herniated discs in her back during the 2019 WNBA Finals while helping the Mystics oust the Connecticut Sun in a five-game series.

“If I were in your shoes, I would go with the assumption that Elena’s not playing this year. That’s the assumption I have,” Thibault told reporters July 19.

Delle Donne divulged the various rigors of her condition in an essay this month in The Players’ Tribune. Among them: she takes 64 pills a day to maintain her health.

Thibault told reporters the Mystics plan to pay Delle Donne’s salary and keep her on the active roster.

Marquee matchups pitting established and budding stars against one another abound this season, and it begins with Saturday’s opening tipoff as Seattle takes on the New York Liberty in the first game of the season.

Fans already know about Bird, who at 39 is the league’s oldest player. Avid WNBA followers also are giddy about tracking Liberty guard Sabrina Ionescu, the No. 1 pick in the league’s April draft and one of the most decorated players in college basketball history.

A short season at a neutral site is new to all those involved. Piggybacking off Bird’s remarks about the fickle nature of paper, could that mean less-regarded teams might be ripe for a surprise run through the postseason?

New York and Dallas might be up to the task if newcomers can jell early. After winning 10 games apiece last season, the Liberty and Wings each infused their rosters with a trio of first-round picks.