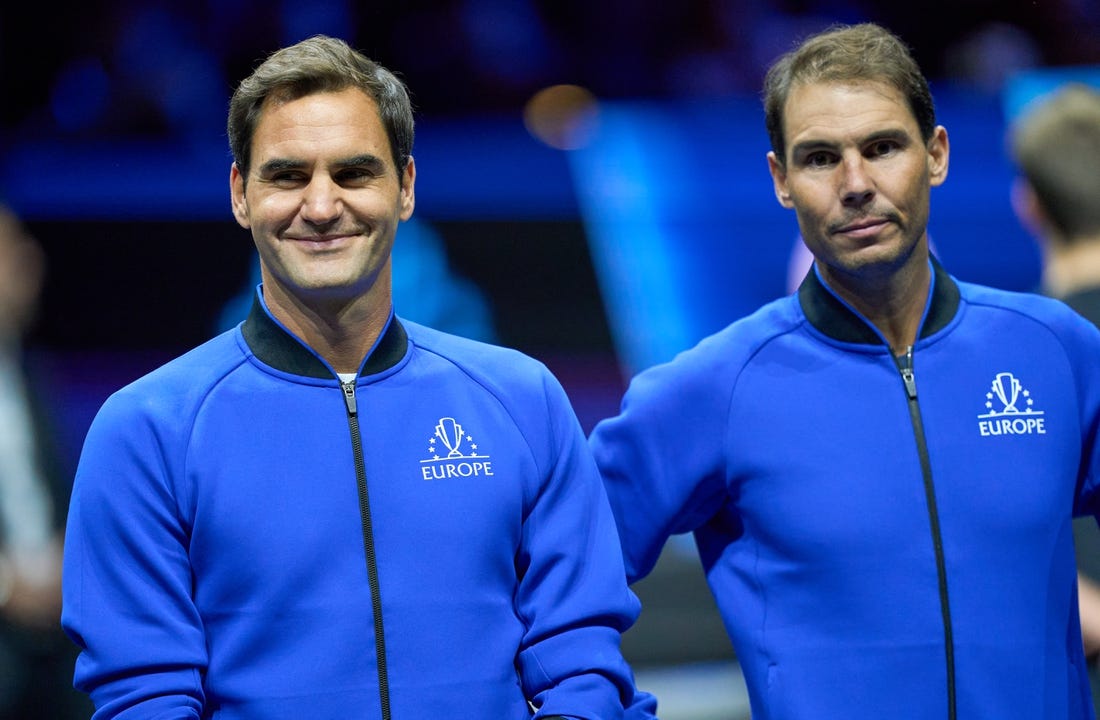 Federer and Nadal had a match point when leading 9-8 in the tiebreak but weren’t able to convert as Federer hit a forehand into the net. That was part of three straight points for Team World, with Sock ending it with a dynamic blast down the baseline.

But Federer, 41, wasn’t about to let a defeat ruin the moment.

“It’s been a wonderful day,” Federer said in an on-court interview. “I told the guys I’m happy, I’m not sad.”

Though the script didn’t come to fruition, the Swiss native soaked in the atmosphere as he broke down in tears on multiple occasions.

“It feels like a celebration to me,” Federer said. “I wanted it to feel like this at the end — and it does.”

Federer said he never could have imagined such a career when he turned pro in 1998.

“I was just happy to play tennis and spend time with my friends,” Federer said. “It has been a perfect journey. I would do it all over again.”

The win by Sock and Tiafoe left the event tied 2-2 after one day.

Team Europe jumped out to a 2-0 lead on singles victories by Norway’s Casper Ruud and Greece’s Stefanos Tsitsipas.

Second-seeded Hubert Hurkacz collected 12 aces while cruising to a 6-3, 6-2 victory over France’s Arthur Rinderknech to advance to the semifinals in Metz, France.

Rinderknech had 10 aces but was no match for Hurkacz, who faced just one break point. Hurkacz will next face Italy’s Lorenzo Sonego, who posted a 6-4, 6-4 win over Sebastian Korda.