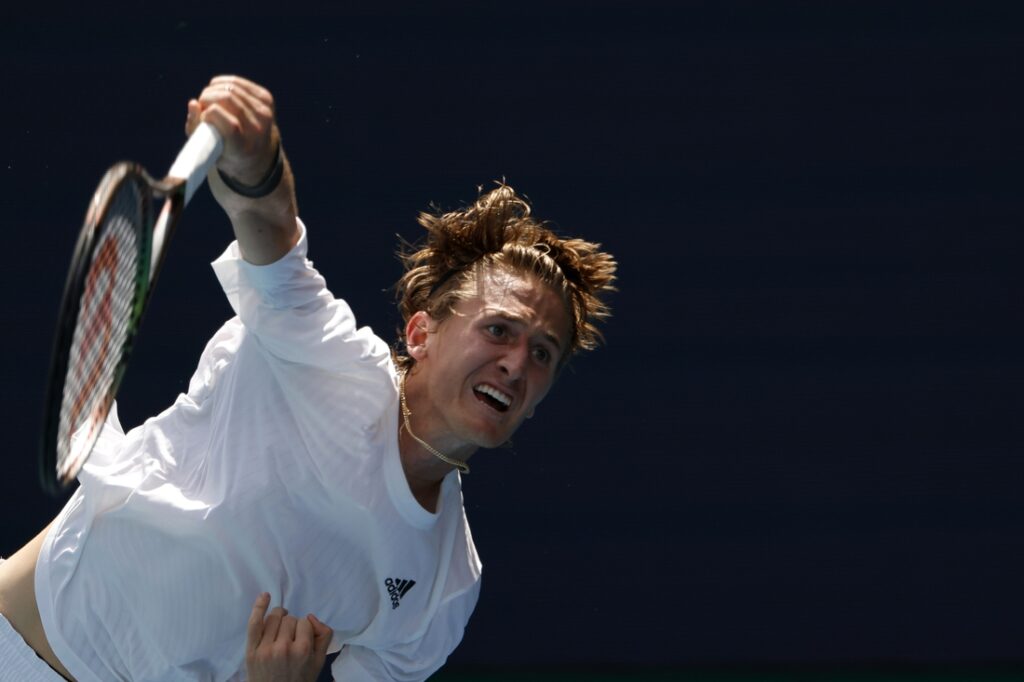 Sebastian Korda and Frances Tiafoe will meet in an all-American semifinal after each knocked off higher-seeded opponents in Friday’s quarterfinal round of the Millennium Estoril Open in Estoril, Portugal.

Tiafoe, the fifth seed, held off fourth-seeded Spaniard Alejandro Davidovich Fokina 7-6 (5), 5-7, 7-5 in two hours and 59 minutes. Tiafoe fell behind 5-2 in the third set before winning his final five games.

Tiafoe has won all three of his matches this week in three sets.

Sixth-seeded Spaniard Albert Ramos-Vinolas, the defending champion, took care of countryman Fernando Verdasco 6-2, 6-2. He will meet Sebastian Baez of Argentina in the other semifinal Saturday after Baez rallied for a 3-6, 6-1, 6-4 victory over France’s Richard Gasquet.

Van de Zandschulp was 12-for-15 (80 percent) on second-service points and saved the only break point he faced en route to taking down the highest seed remaining in the draw.

Miomir Kecmanovic of Serbia also took down a higher-seeded foe. The seventh seed beat Georgian No. 4 seed Nikoloz Basilashvili 7-6 (5), 6-2. Kecmanovic and van de Zandschulp will face each other in the semifinals.