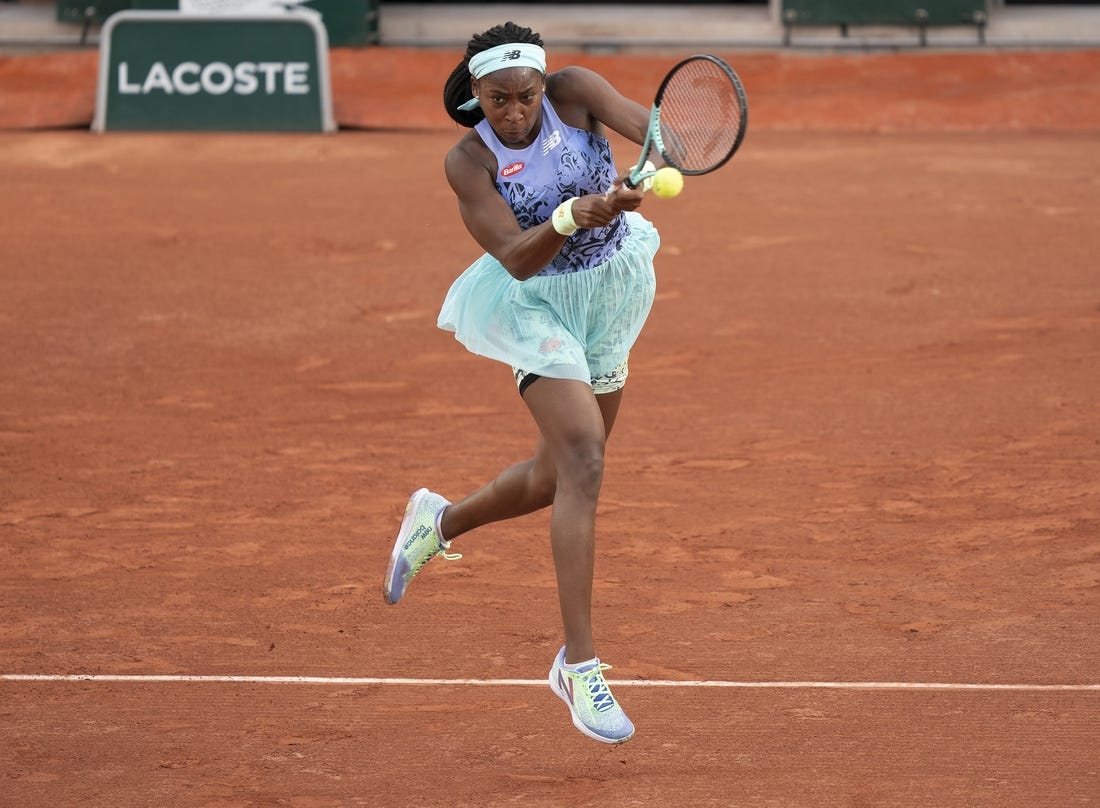 Teenagers Coco Gauff and Leylah Fernandez charged into the quarterfinals of the French Open on Sunday, continuing their march through a depleted field.

Gauff, seeded 18th, and Fernandez, the 17th seed, are the highest remaining seeds in their half of the draw. The tournament at Roland Garros in Paris has only two higher-seeded players remaining — No. 1 Iga Swiatek and No. 11 Jessica Pegula, who are on a collision course for the quarterfinals in the other half of the field.

The 18-year-old Gauff qualified for her second French Open quarterfinals with a 6-4, 6-0 romp over Elise Mertens of Belgium, the 31st seed.

And, Gauff said, she feels at home on the clay courts of Roland Garros.

“I definitely feel confident on the court. I feel like (clay) really suits my game. … The previous tournaments this clay season, I had some good wins, but it wasn’t really any outstanding results. I feel like it gave me a lot to learn from, and I think I’m taking those tough matches that I lost this season and really learning from them, and I guess showing that I’m doing better.”

In the quarterfinals, Gauff will meet fellow American Sloane Stephens, a 6-2, 6-0 winner against No. 23 seed Jil Teichmann of Switzerland. A French Open finalist in 2018, Stephens defeated Gauff in straight sets in the second round at the 2021 U.S. Open.

Fernandez, a 19-year-old Canadian, advanced to her second quarterfinal at a Grand Slam tournament with her 6-3, 4-6, 6-3 defeat of No. 27 seed Amanda Anisimova.

It took Fernandez 1 hour and 54 minutes to dispatch Anisimova.

Fernandez jumped to a 4-0 lead in the first set and held on to win despite dropping serve twice in the set. But Anisimova picked up momentum and struck 18 winners in the second set to win and tie the match.

In the third set, a service break by Fernandez at 2-2 shifted the momentum back to the Canadian, who rolled to the win from there.