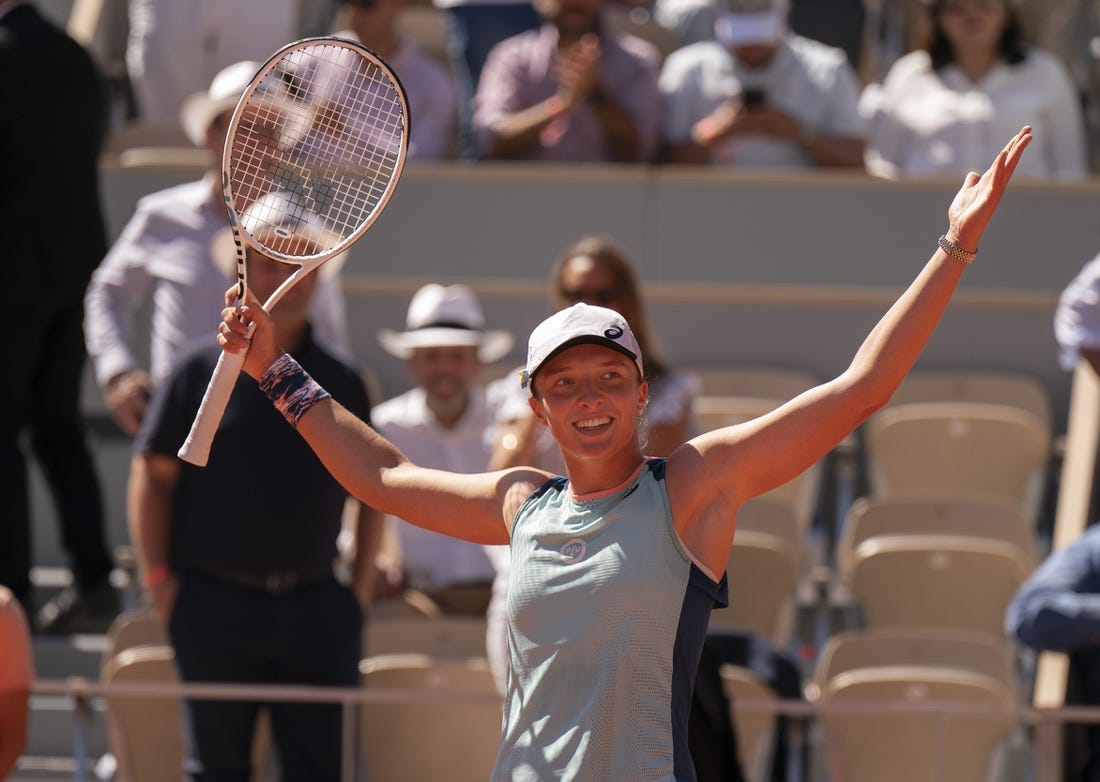 Top-seeded Iga Swiatek won her second French Open title in three years on Saturday following a 6-1, 6-3 victory over Coco Gauff in the final in Paris.

The victory was the 35th in a row for Swiatek, who matched Venus Williams’ mark of consecutive wins — set in 2000 — for the longest this century.

Swiatek told NBC how she planned to “celebrate” her birthday now that the tournament is over.

“Hopefully, my celebration is just going to be having a week off, laying in bed and watching TV shows and eating whatever I want,” Swiatek said with a smile.

Swiatek can celebrate in whatever manner she wishes after her dominant performance on Saturday. She converted five of 10 break points en route to dispatching Gauff in 68 minutes and capturing her sixth straight tournament (Doha, Indian Wells, Miami, Stuttgart and Rome).

She has not lost since Feb. 16 in Dubai.

During Saturday’s post-match interview on the court, Swiatek reflected on just how far she has come since winning the French Open title in 2020 as an unseeded teenager.

“Two years ago, winning this title was something amazing. Honestly, I wouldn’t expect it ever,” Swiatek said. “I worked hard and did everything to get here even though it was pretty tough. The pressure was big.”

Swiatek also had a message for Ukraine, telling her neighboring country to “stay strong.” Her comment drew a rousing response from the crowd at Roland Garros.

“At the beginning, the news was everywhere. Now it has cooled down,” Swiatek, who wears a Ukraine pin on her hat, told NBC. “Poland feels it, but Ukraine feels it much, much more. I want to show my support and make people aware of that. … it’s not only about points, but it’s about the situation.”

Gauff, 18, was bidding for her third career singles title. It was her first Grand Slam final.

“I’d like to thank my team. Sorry I wasn’t able to get this one today,” Gauff said as she wiped away a tear in her post-match interview. “Thank you for always supporting me. Hopefully this is the first final of many, and I really appreciate you guys a lot. You’ve really helped me.”