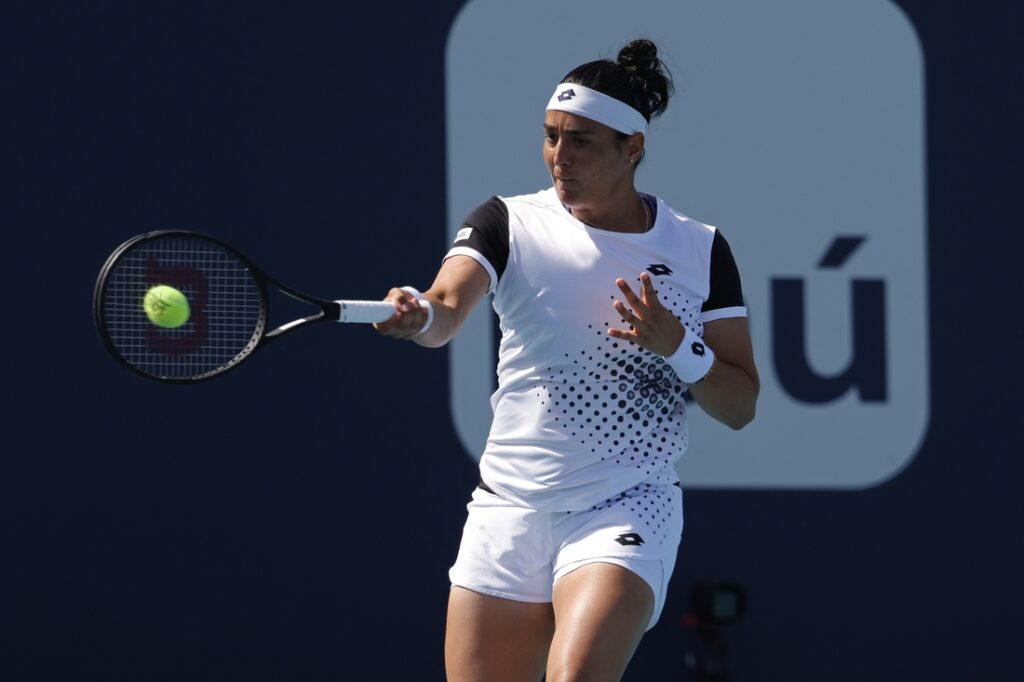 Eighth-seeded Ons Jabeur of Tunisia won 77.8 percent of her first-serve points on Wednesday while producing a 6-3, 6-2 triumph over Romania’s Simona Halep in the quarterfinals of the Mutua Madrid Open in Spain.

“To be honest with you, I was really stressed the whole match, knowing Simona, and knowing that she can come back at any time,” Jabeur said afterward. “I felt like she played really well.”

Halep had issues with her hitting, though, scoring just eight winners against 20 unforced errors.

Looking ahead, Jabeur has always had trouble with Alexandrova, beating her just one in seven previous meetings.

Alexandrova is faring well on the clay this week and put Anisimova away in 90 minutes. She had 19 winners and just seven unforced errors.

The Russian is just the third qualifier to reach the Final Four in Madrid, joining Lucie Hradecka (2012) and Louisa Chirico (2016).

Jessica Pegula and Jil Teichmann of Switzerland will square off in the other semifinal.

Pegula had 31 winners and jumped out to 5-1 leads in each set while slaying Sorribes Tormo.

It will be the first meeting between Pegula and Teichmann, who hasn’t lost a set in her four matches in Madrid.

Teichmann had 17 winners against 15 unforced errors in her win over Kalinina.

She also said she is highly comfortable with the setting and atmosphere and that has helped fuel this week’s run.

“I really like the conditions here in Madrid,” Teichmann said. “It’s perfect. It’s a mix between the Spanish clay, which I practice on a lot, and a little bit altitude like I’m used to from Switzerland. So it’s actually great for me here.”

Both of Teichmann’s WTA titles have come on clay — in Prague and Palermo, both in 2019.

“Last year, the thing is I missed out almost all the clay season,” Teichmann said. “I came to Madrid with no matches. … Rome and Strasbourg, I got injured as well.

“I didn’t really get many chances on clay last year, so that’s why I would say, yeah, I had a better run on hard court, which I’m really happy as well. But I think I’m a player that can play on all surfaces, I’m showing it now, and just need to confirm it.”