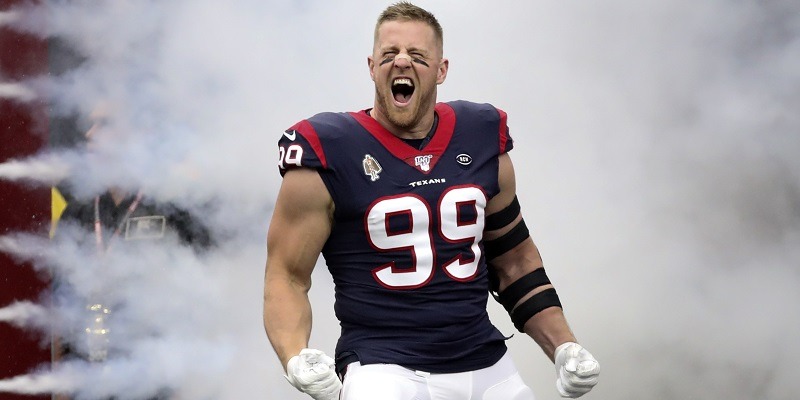 The Houston Texans are parting with All-Pro defensive end J.J. Watt after he asked for his release.

The team announced the decision on Friday after Watt posted a video on social media.

“I have sat down with the McNair family and I have asked them for my release and we have mutually agreed to part ways at this time,” Watt said. “I came here 10 years ago as a kid from Wisconsin who’d never really been to Texas before. And now I can’t imagine my life without Texas in it. The way that you guys have treated me, besides draft night. I mean, you guys booed me on draft night. But every day after that, you treated me like family. And I truly feel like you’re my family.

“…I’m excited and looking forward to a new opportunity, and I’ve been working extremely hard. But at the same time, it is always tough to move on. And I just want you guys to know that I love you. I appreciate you. I appreciate the McNair family for drafting me and giving me my first opportunity in the NFL.”

Houston, I wanted you to hear this directly from me… pic.twitter.com/YqT3P6Lb6l

He can sign as a free agent with another team when the new league season begins next month.

Watt will leave a legacy in Houston. In 10 seasons with the franchise, he was named NFL Defensive Player of the Year three times, was a first-team All Pro five times and won the Walter Payton Man of the Year award in 2017 after raising more than $37 million for victims of Hurricane Harvey.

“Change is never easy, especially when it involves the ones you love. J.J.’s impact on not only our organization, but the entire Houston community, is unlike any player in our franchise’s history,” Texans CEO Cal McNair said in a team-released statement. “I told J.J. earlier this week that we will forever consider him a Texan.”

Always a Texan. Thank you, @JJWatt.https://t.co/2RNwmXRdKZ

Watt played in 128 games with the Texans, despite losing chunks of three seasons to injuries. He played in just three games in 2016, five in 2017 and eight in 2019.

While Watt, who turns 32 next month, has been synonymous with Houston, the departure from the franchise was expected. He said in November he didn’t want to be part of a rebuilding effort, and the Texans face numerous questions leading into the 2021 season.

Among those questions is the future of franchise quarterback Deshaun Watson, who has asked to be traded.

Watson took to Twitter to show respect to Watt on Friday.

“Salute to one of the Greatest of All Time @JJWatt I appreciate you for all the work you put in and more importantly the person you are. Any team in the league will be better the day you out on their jersey! 1OVE my brother!”

Salute to one of the Greatest of All Time @JJWatt I appreciate you for all the work you put in and more importantly the person you are. Any team in the league will be better the day you [put] on their jersey! 1OVE my brother! MORE Glory ????