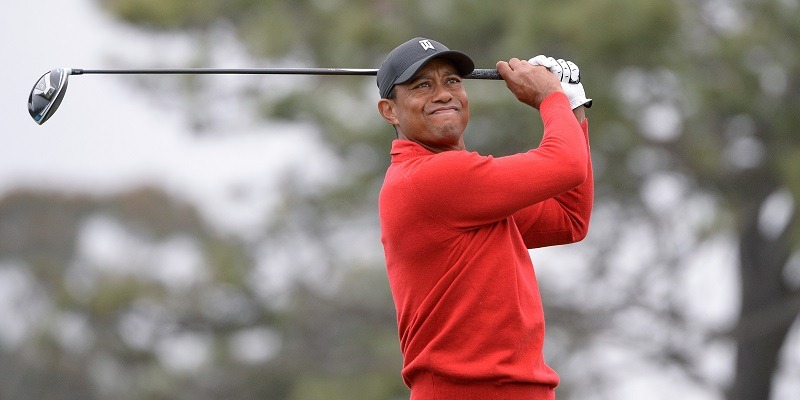 Tiger Woods dropped outside the top 10 in the Official World Golf Rankings on Monday, falling just one spot to No. 11 after being bumped by Englishman Tommy Fleetwood.

Woods had been inside the top 10 for nearly a year, ever since his win at The Masters last April when he jumped from No. 12 to No. 6. He reached as high as No. 5, but the 44-year-old Woods has steadily fallen in the rankings after making only two official starts this season.

Fleetwood jumped two spots from No. 12 to the No. 10 position in the rankings thanks to his third-place finish this past weekend at The Honda Classic in Palm Beach Gardens, Fla. Tournament winner Sungjae Im of South Korea moved up nine spots to No. 34 to No. 25.

Woods’ last competitive start was in February at the Genesis Invitational in Southern California, where he also played tournament host. After narrowly making the cut at Riviera Country Club, he shot 76-77 to finish in last place at 11 over. Woods’ poor finish dropped him to No. 9 in the rankings at the time.

Woods did not to play in the last two events — the WGC-Mexico Championship (won by Patrick Reed) or the Honda Classic, which was played relatively near his home in Jupiter, Fla. He also will not play in this week’s Arnold Palmer Invitational, where he is an eight-time winner, and has not announced whether he will play in The Players Championship next week.

The only other change among the top 10 rankings came at No. 6, where Patrick Cantlay edged ahead of Australian Adam Scott, who dropped one spot from No. 5. Northern Ireland’s Rory McIlroy stayed at No. 1 for another week, followed by Spain’s Jon Rahm, Brooks Koepka, Justin Thomas, Dustin Johnson, Cantlay, Scott, Webb Simpson, Patrick Reed and Fleetwood.