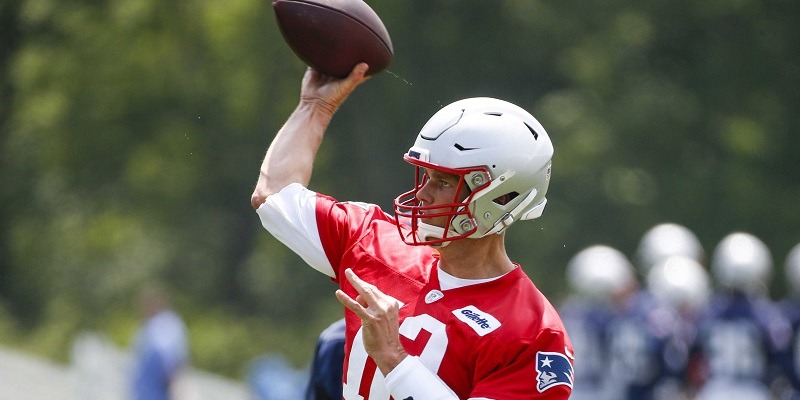 Tom Brady is set for his first foray into free agency, and the 42-year-old has at least three suitors waiting in queue.

The NFL free agency tampering window opened Monday and three teams are at the front of the line for Brady.

According to multiple reports, the New England Patriots have competition from the Los Angeles Chargers and Tampa Bay Buccaneers.

Speculation the past two months also included the Las Vegas Raiders and San Francisco 49ers, but neither team is in the running at this time, NFL Network reported.

Brady is a six-time Super Bowl champion with the Patriots. He signed a restructured contract prior to the 2019 season that prohibited the Patriots from applying the franchise tag, opening him to his first ever trip into free agency.

The 199th pick in the 2000 draft, Brady turns 43 in August and said he wants to play at least two more seasons.

His first 20 seasons were with the Patriots, and he turned in a strong season in 2019 despite losing tight end Rob Gronkowski (retirement). Brady had 24 touchdowns and eight interceptions and New England won the AFC East.

But Brady’s mansion was put on the market in 2019 and he has roots in California — San Mateo — that prompted media to connect the dots about a return to that area. But the San Francisco 49ers have a starter in Jimmy Garoppolo, Brady’s former backup in New England who was traded by the Patriots, and committed to a $134 million deal just two years ago.

The Chargers have a vacancy after cutting ties with Philip Rivers, a 2004 first-rounder who is also hitting the market for the first time.

The Buccaneers could also be looking at an opening at the position after using their franchise tag on linebacker Shaquil Barrett, opening Jameis Winston to free agency.