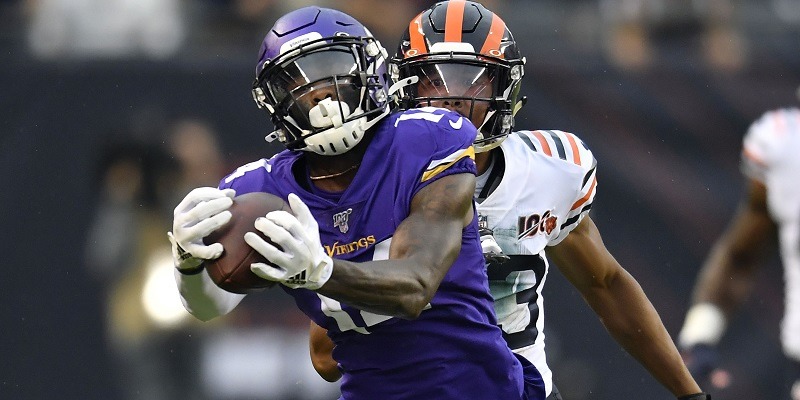 Wide receiver Stefon Diggs has been fined more than $200,000 for missing practices and mandatory meetings early this week, according to an ESPN report.

The Minnesota Vikings are expected to play Diggs against the New York Giants on Sunday, despite the absences and his rumored trade request.

Coach Mike Zimmer was noncommittal Friday when asked whether Diggs would face the Giants (2-2) after missing practice earlier in the week with a non-football injury designation.

Diggs, who said he missed practice Wednesday with a cold, participated in full sessions on Thursday and Friday.

Speculation was rampant that Diggs wanted to be traded from the Vikings (2-2), a notion that the 25-year-old didn’t dismiss during his comments on Thursday.

When asked to elaborate, Diggs elected to circle back to detailing his frustration with the team’s offense and the overall direction of the Vikings.

“There’s truth to all rumors,” Diggs said. “So what I mean on that, so I can politely explain, is there’s a lot of speculation on me being frustrated. Of course, being a receiver and wanting to have success and wanting to win, if you want to win and you’re not winning, of course you’d be frustrated. That’s my answer.”

Despite reportedly receiving interest from multiple teams, the Vikings don’t appear to be interested in trading Diggs before the Oct. 29 deadline, according to multiple reports.

Diggs has 13 receptions for 209 yards and one touchdown in four games this season, one year after posting career-best totals in catches (102), receiving yards (1,021) and TDs (nine).

He has 315 receptions for 3,702 yards and 25 touchdowns in 59 career games since being selected by Minnesota in the fifth round of the 2015 NFL Draft.