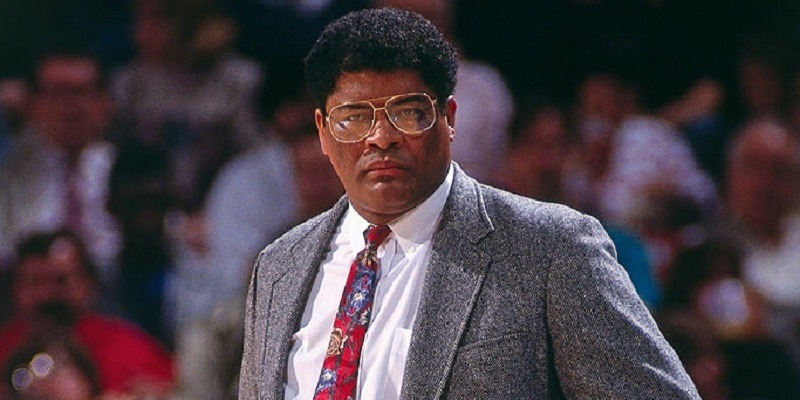 NBA Hall of Famer Wes Unseld died Tuesday morning, his family and the Washington Wizards announced in a joint statement. He was 74.

The family said that Unseld passed away peacefully following lengthy health issues, most recently with pneumonia.

“He was the rock of our family — an extremely devoted patriarch who reveled in being with his wife, children, friends and teammates,” the family said. “He was our hero and loved playing and working around the game of basketball for the cities of Baltimore and Washington D.C., cities he proudly wore on his chest for so many years.”

Statement from the family of Wes Unseld.

Unseld played for the Baltimore/Capital/Washington franchise for 13 seasons (1968-81), including being named the NBA Finals MVP in 1978, when he led the then-Bullets to their only NBA title.

“On behalf of the Wizards organization and the entire (Monumental Sports & Entertainment) Family, I would like to extend our deepest sympathies and condolences to the Unseld family, including his wife Connie, daughter Kimberly, son Wes Jr. and his two grandchildren as well as his large number of extended family and friends,” chairman and CEO of MS&E Ted Leonsis said in a statement.

“We all admired Wes as the pillar of this franchise for so long, but it was his work off the court that will truly leave an impactful legacy and live on through the many people he touched and influenced throughout his life of basketball and beyond.”

Unseld was named both the NBA Rookie of the Year and the NBA MVP in 1968-69, joining Wilt Chamberlain as one of only two players ever to accomplish the feat. He averaged 13.8 points and a career-best 18.2 rebounds while playing all 82 games that season. A year later, he averaged a career-best 16.2 points to go along with 16.7 rebounds while again playing 82 games.

A five-time All-Star, Unseld averaged 10.8 points and 14.0 rebounds in 984 career games after being selected by Baltimore with the second overall pick of the 1968 NBA Draft.

Unseld was inducted into the Naismith Hall of Fame in 1988.

“Those of us who were fortunate enough to spend time with Wes knew him as a generous and thoughtful man whose strong will was matched only by his passion and drive for uplifting others,” Wizards general manager Tommy Sheppard said. “His physical prowess, undeniable talent and on-court demeanor may have struck fear in opponents throughout the NBA but he will be remembered best as a mentor, leader and friend.”

Unseld’s son, Wes Unseld, Jr., is an assistant coach for the Denver Nuggets.