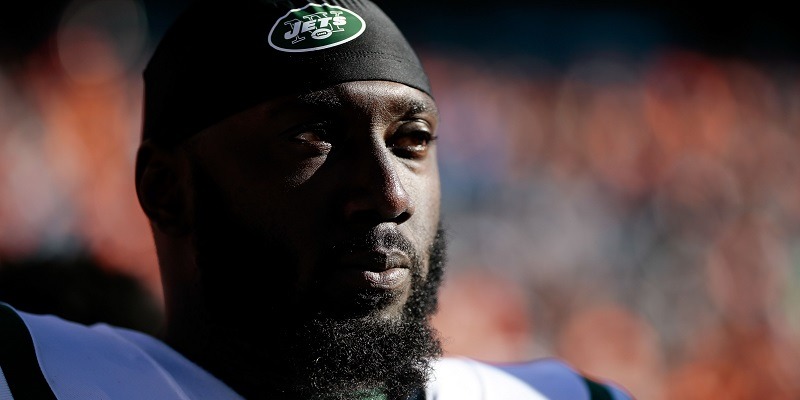 A New Jersey State Police spokesman told the New York Post that Wilkerson was pulled over on Interstate 80 in Paterson, N.J., at 2:45 a.m. ET on Monday.

Wilkerson, 30, was charged with DWI and possession of marijuana and drug paraphernalia. A passenger in Wilkerson’s vehicle also was arrested. Both were released pending a court date, according to the report.

“None of the allegations against my client are criminal in nature — instead, all of the allegations are for traffic and disorderly offenses only. Muhammad, like any other citizen, is innocent until proven guilty, appreciates people from the community withholding their judgment until all the facts are revealed, and looks forward to his day in Court,” the statement read.

“Until then, Mo’ is going to continue working incredibly hard to get back out on the playing field doing what he loves and is grateful for the support of NFL fans everywhere.”

This is the second DWI arrest for Wilkerson, who was cited in New York City in June 2019. He pleaded guilty in September to operating a motor vehicle while impaired by alcohol, resulting in a three-month license suspension and a $500 fine.