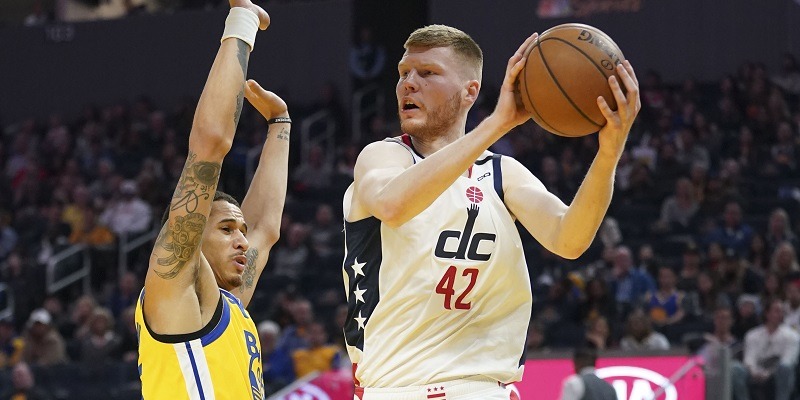 Washington Wizards forward Davis Bertans will not resume the 2019-20 season with the team in Orlando next month.


According to ESPN, Bertans is focusing on being healthy as he enters free agency in October. He has twice recovered from a torn ACL in his knee.

The Wizards are included in the 22-team restart in Orlando and scheduled to begin play July 30. But they are well on the outside of the playoff picture in the standings.

With eight regular-season games to go, the Wizards are 4.5 games out of a play-in spot, trailing the current No. 8 seed Orlando Magic by 5.5 games.

Bertans turns 28 on Nov. 12 and is coming off of a career season in Washington with averages of 15.4 points and 4.5 rebounds per game.