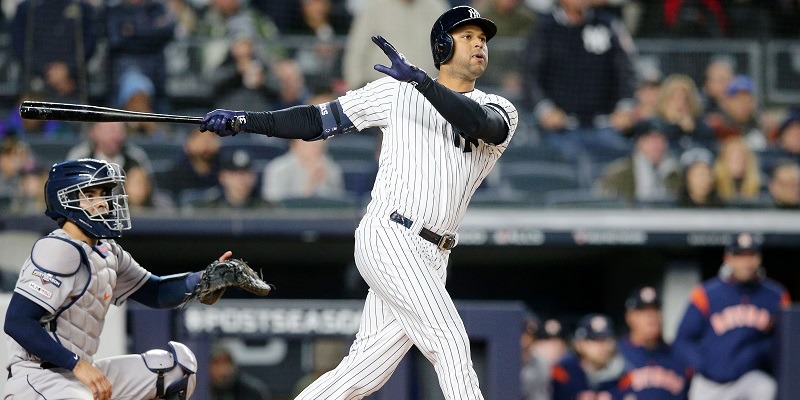 The Astros still lead the best-of-seven series 3-2 with Game 6 set for Saturday night in Houston. The teams lost the travel day due to a rainout on Wednesday.

LeMahieu hit a leadoff homer to tie the game 1-1 in the bottom of the first, and Hicks followed four batters later with a three-run homer to complete the scoring.

Paxton (1-0) allowed one run and four hits. He struck out nine and walked four while throwing a season-high 112 pitches and facing 26 hitters, 14 more than he opposed in his Game 2 start on Sunday.

Paxton pitched with at least one runner on in every inning. He stranded seven runners, and his velocity was still in the high-90s in his last inning.

The lefty encountered trouble from the outset, allowing an infield single to George Springer that deflected off second baseman Gleyber Torres’ glove. A passed ball and a groundout moved Springer to third, and the runner scored on a wild pitch on the first pitch to Alex Bregman.

Tommy Kahnle, Zack Britton and Aroldis Chapman combined on three scoreless innings. Britton retired all five batters he faced, and Chapman tossed a perfect ninth for the save.

Verlander (0-1) allowed four runs on five hits in seven innings. He struck out nine, walked none and settled in nicely after the homers, retiring 20 of the final 21 hitters he faced.

After Paxton survived the first by allowing only one run, LeMahieu hammered an 0-1 fastball into the right-center-field seats.

Following a single by Aaron Judge and a double by Torres, Verlander struck out Giancarlo Stanton. Hicks then hit a full-count breaking ball down the right field line and off the foul pole for a 4-1 lead.