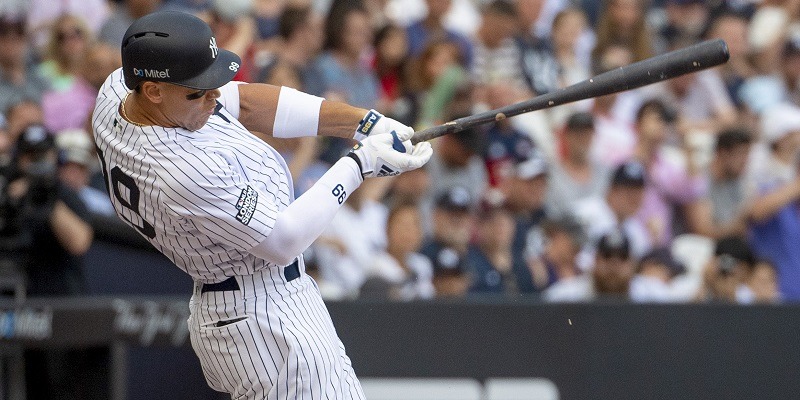 London actually might be calling Aaron Judge, the New Yankees outfielder who has been on the injured list since April 21.
“Don’t say I said that he’s going to be back by London, but is there a way? Yes. But that’s something that we’ll let the timeline continue to unfold,” Yankees manager Aaron told reporters before Wednesday night’s game against the Blue Jays in Toronto.

“Bottom line is that he’s been feeling really good now for a couple weeks where we feel like the injury is out of there. Now it’s because the injury kind of knocks you from doing things, he’s got to get built up a little bit differently than some guys coming back. So as long as he continues to respond and he builds up, we feel good about where he’s at.”
Out with a with a strained left oblique, Judge is one of the players the Yankees would like to showcase when they face the Boston Red Sox in a marquee matchup across the pond on June 29-30.
Judge has recently taken several rounds of hitting in the cage, and his normal outfield work and agility drills, at the Yankees’ minor league complex in Tampa, Fla.
“I think he did cage BP today and did his defensive work throwing program. He’s not hitting live or anything yet, but I think several rounds in the cage of really letting it go,” Boone said. “He’s doing really well.”
Another injured Yankees player, shortstop Troy Tulowitzki (left calf strain), has been given a couple days off from his rehab and is heading home, Boone said.
Signed to a one-year free-agent contract in January following a workout for teams, Tulowitzki has had major surgery on both heels and missed the last year and a half.
The five-time All-Star shortstop was signed by the Yankees to fill the void left by Didi Gregorius, who had Tommy John surgery on his throwing elbow in October.
–Field Level Media (@FieldLevelMedia)