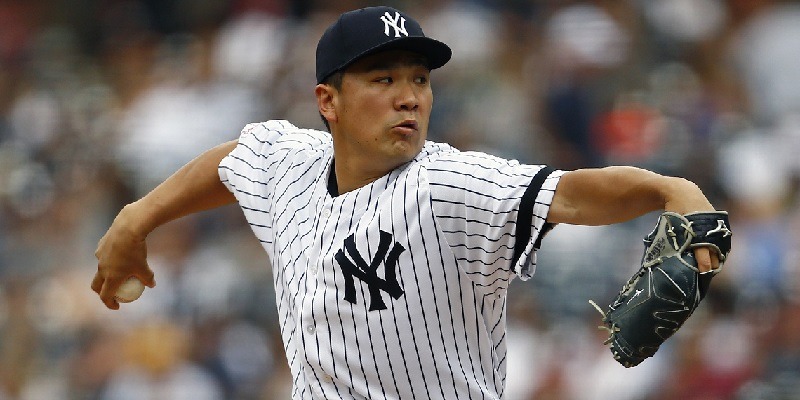 NEW YORK — During the regular season, the New York Yankees never used their high-leverage relievers three days in a row.

Now the Yankees face the possibility of playing four days in a row in the American League Championship Series against the Houston Astros, though first they must win one of the next two games to force a return trip to Houston.

After a rainout on Wednesday, the Yankees hope to even the ALCS against the Astros when the series reconvenes on Thursday night. Zack Greinke will be on the mound for Houston against New York’s Masahiro Tanaka.

The Yankees trail the series 2-1 after Gerrit Cole and three relievers combined on a five-hitter in Houston’s 4-1 win on Tuesday. Despite getting nine baserunners in seven innings off Cole, the Yankees did not score until Gleyber Torres homered in the eighth.

The loss came on a day when the Yankees extensively used their bullpen again, with Adam Ottavino continuing to falter by allowing two runs.

“It’s frustrating,” said Ottavino, who has an 11.57 ERA in six postseason appearances. “These are the type of games I want to be in and why I came to this team and everything I wanted my whole life. I want to do better, and I want to get out there again. That’s it.”

After Luis Severino lasted 4 1/3 innings, the Yankees used five relievers, including four of their five high-leverage relievers in Chad Green, Tommy Kahnle, Ottavino and Zack Britton. During this series, the Yankees have used their bullpen for 15 1/3 of the 28 innings.

“We’re going to have to get some innings out of our starters, no question about it, if we’re going to be successful,” Yankees manager Aaron Boone said on a conference call Wednesday.

The Yankees were planning to extensively use the bullpen again if rain did not postpone Wednesday’s game, but now will bring back Tanaka (1-0, 0.00 ERA) after he allowed one hit in six innings in Saturday’s 7-0 win in the series opener. Tanaka has allowed one run on four hits in 11 innings in the postseason while facing 37 hitters.

While the Yankees hope Tanaka can get them to the fifth or sixth inning, he will likely will not pitch much beyond that point, since opposing hitters batted .309 when facing Tanaka for the third time in a game.

Tanaka is 5-2 with a 1.32 ERA in seven postseason starts. In four playoff starts against the Astros, he has allowed five runs in 24 innings. Boone said after Saturday he considered using Tanaka beyond the sixth.

“Anytime the moment gets really big, he is good at slowing the game down himself and maybe taking even a little bit off of his pitches as opposed to powering through it,” Houston manager AJ Hinch said Wednesday. “We’d like to see us have a more disciplined approach, but that’s easier said than done with the stuff he has.

“That’s the cat-and-mouse game when you face Tanaka is to stay disciplined, wait for a pitch to hit, or if it’s there to hit early in the count, be ready then, too.

Houston was also scheduled to do a bullpen game Wednesday but now will pitch Greinke followed by Justin Verlander in Game 5 on Friday.

“It was our plan if this happened,” said Hinch, whose team has scored seven runs while hitting .173 (17-for-98) but has gotten 19 2/3 innings from its starting pitchers. “It’s Zack’s normal day, he was going to pitch on Thursday no matter what it was. JV (Verlander) on regular rest in Game 5. As soon as we can use our best pitchers, the better for us. It was an easy decision.”

Greinke allowed three runs on seven hits in six innings in the series opener and has an 8.38 ERA in two postseason starts as an Astro.

Stanton remains day-to-day. On Wednesday, Boone said he was not sure if Stanton would be available for Game 4 but noted that he was available to pinch-hit.

“I’m not sure,” Boone said. “I’m not really close to making that decision yet.”