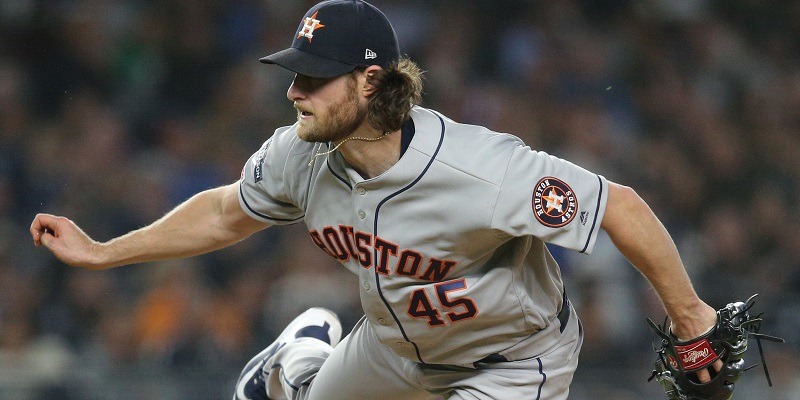 HOUSTON — After stewarding his club past the exceptional bullpens of the Tampa Bay Rays and New York Yankees en route to a second American League pennant in three seasons, Houston Astros manager A.J. Hinch naturally was asked if preferred the more traditional approach to pitching presented by the Washington Nationals, first-time champions of the National League.

The presumption is Houston will face more of the same when it hosts the Nationals in Game 1 of the 115th World Series on Tuesday, with Scherzer (2-0, 1.80 ERA this postseason) earning the starting assignment against the favored Astros.

“I’ll believe it when I see it,” Hinch said when asked if Washington will continue to be judicious with bullpen usage. “I think they should take their starter out after the third inning, to be honest.”

The Nationals’ reliance on starting pitching is a byproduct of the abundant talent available. Washington’s quartet of starters finished 4-0 with a 1.35 ERA against the Cardinals, producing 40 strikeouts against only six walks in the NLCS. That dominating effort was anything but anomalous. It served as a continuation of what the Nationals accomplished during the season.

The Astros also feature an exceptional rotation, with Houston starters pacing the majors in strikeouts per nine innings (10.54) while rating second in WHIP (1.09) and third in both ERA (3.61) and opponents’ on-base-plus-slugging percentage (.672).

“I personally am a big fan of starting pitching,” said right-hander Gerrit Cole, the Astros’ Game 1 starter. “I grew up wanting to become a starting pitcher, and I’m a starting pitcher now. And there are a lot of really good starting pitchers on the other side of the field, guys that kind of emulate the role in terms of longevity, durability, creativeness, tenacity, grit.

“And so just a pleasure to share the field with them on the greatest stage at this point. And best of luck to them.”

“I’ve been in the situation, faced really good pitchers here in the National League over the years, (Clayton) Kershaw, (Jacob) deGrom, those guys,” Scherzer said. “You just know you’ve got to come out there, you’re going to be throwing up zeros. And you’ve got to try to match the intensity from your opponent.

“And Cole’s had a terrific year. So obviously it’s going to (be) one heck of a challenge.”

Secondary to the test Cole will provide is the ability of the Nationals to restart their engines. Washington capped its sweep of St. Louis on Oct. 15, and after riding an emotional wave to the NLCS, excessive downtime would seem a threat to the momentum established in the postseason.

Washington overcame numerous obstacles to arrive in Houston, coming from behind to beat the Milwaukee Brewers in the NL wild-card game before knocking out the league-leading Los Angeles Dodgers in a decisive Game 5 in the NL Division Series. What’s one more?

“I truly believe that these guys are fired up to be here,” Nationals manager Dave Martinez said. “We played a lot of unbelievable games this year. We’ve come a long way.”