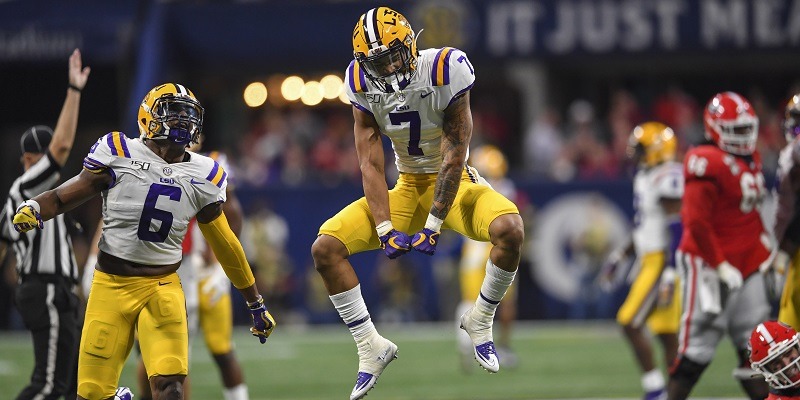 Delpit played right away for the Tigers in 2017, notching 60 tackles (3.5 for loss) and adding an interception and nine pass breakups. Despite breaking his collarbone in April of 2018, he piled up 74 tackles (9.5 for loss), five sacks, five interceptions and 14 PBUs that fall, earning unanimous All-America honors while also being a finalist for the Bronko Nagurski Trophy as the best defender in college football. Delpit wasn’t quite as productive while playing hurt in 2019, finishing with 65 tackles (4.5 for loss), two sacks, two interceptions and nine PBUs, but he won the Thorpe Award as the nation’s top defensive back.

Delpit did not work out at the NFL Scouting Combine, as he continued to recover from a high-ankle sprain that bothered him much of the season.

Delpit has rare size, length, speed and fluidity. He’s big enough and fast enough to play almost anywhere on the field, and his height and long arms are a major asset in zone and man coverage. Extremely aggressive and effective playing downhill, finding his way to the ball quickly and not shying from contact. While not perfectly disciplined, he’s a menace in zone coverage and has the closing speed and ball skills to punish quarterbacks. Quick feet and length to match up to a variety of body types — projects as a terrific man-to-man weapon at the next level. With great effort and attitude, including willingness to play through injury, Delpit should fit any scheme and make an instant impact.

Delpit looked like the next Jamal Adams or Derwin James after an outstanding sophomore season, but he didn’t meet those expectations as a junior. Tackling is the biggest concern, as he uses his arms to dive at ball carriers’ legs, coming up empty too often. It’s not that he shies away from contact, but he’s not the physical finisher you’d expect. Could show a bit more discipline and awareness, which he often compensated for with athleticism.

Derwin James, Florida State — Delpit will likely wind up going in the middle of the first round, but it’s important to note that James was a more complete prospect. That said, James is the best comparison regarding athleticism and style of play. Both are best moving forward but capable in all parts of the field.