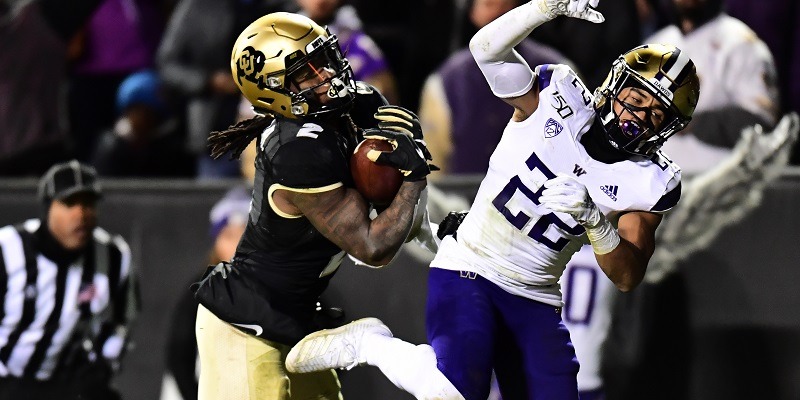 A dynamic all-around athlete, Shenault posted 1,011 receiving yards on a school-record 86 catches in nine games as a sophomore in 2018, when he missed three games because of a foot injury. He added 56 receptions for 764 receiving yards as a junior. Built like a running back, he saw action at split end, flanker, in the slot, Wildcat quarterback, kick returner (one attempt, 54 yards) and punt returner (one attempt, 55 yards for TD).

Shenault underwhelmed with a 4.58-second 40-yard dash at the NFL Scouting Combine before pulling out of remaining drills, and then had core muscle surgery for a nagging injury that dated back to the 2019 season. He is expected to be healthy by May.

Shenault is blessed with the prototypical frame for a split end with above-average height, limb length and a rock-solid, evenly distributed musculature. Among Shenault’s more intriguing traits is his immediate acceleration, unique for a receiver of his size. He attacks the snap as if he got a rolling start, forcing corners playing press to immediately turn and run with him rather than backpedal and attempt to determine his route before committing. Exciting upside as a combo route-runner if paired with a savvy, accurate QB. A bull in a china shop after the catch. He possesses the sneaky athleticism, as well as the size and strength — mental and physical — to become a legitimate No. 1 target.

In part due to the myriad roles he played at Colorado, Shenault remains technically raw in some of the finer points of the position, though many of these can be improved with time. Rounds off his cuts at times and relies on his size and strength to help him box out corners for the ball. While possessing exciting initial quickness, Shenault tops out quickly, with the fleetest of corners able to regain position. He will need significant polish to be more than a gadget player at the next level.

JuJu Smith-Schuster, Pittsburgh Steelers — Like the 6-1, 215-pound Smith-Schuster, Shenault is built and plays more like a power forward than a traditional receiver, bullying cornerbacks before and after the catch. Given his body type, Sammy Watkins would also be a fair comparison.