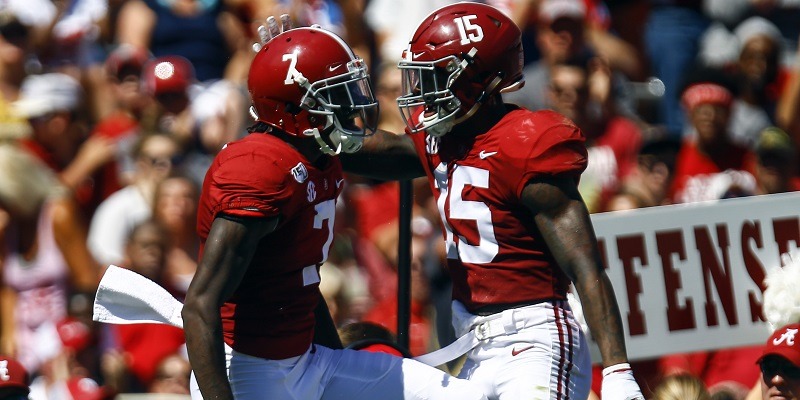 The next in a long line of great Crimson Tide defensive backs, McKinney began on special teams as a freshman before taking over as a starter in 2018, notching 73 tackles (six for loss), three sacks, two interceptions and 12 passes defensed. He also won defensive MVP honors of the Orange Bowl. As a junior, he boosted his tackle total to 95 (5.5 for loss) while adding three sacks, three interceptions, eight passes defensed and four forced fumbles before declaring for the NFL.

McKinney’s workout at the NFL Scouting Combine was a bit underwhelming, as he finished below average in the 40-yard dash (4.63 seconds) and broad jump (122 inches), though he tied for the seventh-best vertical (36 inches) among safeties.

McKinney is a quality all-around athlete with the ability to play all over the field. While not quite at the level of Minkah Fitzpatrick, he was used in many of the same ways, playing in the box, slot, deep half and the deep middle with comparable effectiveness. He’s quick downhill and not afraid to get his hands dirty, showing toughness, physicality and normally excellent tackling form. He’s also capable as a slot cover man, both man-to-man and in zone, and showed a nose for the football — five interceptions, 20 pass breakups, five forced fumbles and a fumble recovery over the last two years.

McKinney lacks the elite athleticism to be a full-time player deep. He could survive as a single-high safety but is better served as a split-safety or in the box. He doesn’t move with the same fluidity and speed in reverse, and he’s likely best served in an attacking role. Though he has two years as a starter, inexperience shines through, as his instincts are inconsistent and he was involved in a fair number of miscommunications. Physically capable but doesn’t always track routes with great awareness. Had tackling issues vs. LSU.

Marcus Maye, New York Jets — Maye had a bit more experience and refined instincts coming out of Florida, but his physical tools and play style are similar to McKinney’s. Both are capable of lining up in many parts of the field but are best used near the line of scrimmage.