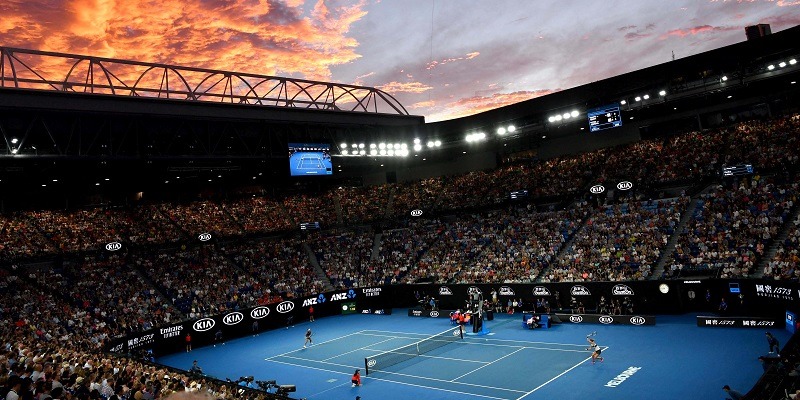 Coronavirus cases on two charters carrying players for the Australian Open have resulted in 47 players landing in strict quarantine ahead of the first grand slam of the season.

There were two positive cases identified on a charter out of Los Angeles carrying 24 players and one on a flight from Abu Dhabi with 23 players on board.

Australian Open officials released a statement after each flight saying that all passengers had been transferred to quarantine hotels, with those who had tested positive instead going to health hotels.

No Practice During Quarantine

After the flight from Los Angeles, an air crew member and a non-playing Australian Open participant returned positives after COVID-19 PCR tests.

Among those on the Abu Dhabi flight, Sylvain Bruneau — who coaches Bianca Andreescu — tested positive. Bruneau issued a statement saying he had followed all the protocols and apologizing for causing a disruption.

“I have followed all of the safety protocols and procedures, including testing negative within 72 hours before the flight departure and felt perfectly fine when I boarded the plane,” Bruneau wrote. “I also respected and followed all COVID protocols and guidelines while in the Middle East. I have no idea how I might have contracted this virus.

“I am extremely saddened and sorry for the consequences now on everyone’s shoulders sharing my flight. The rest of my team is negative and I sincerely hope that any further disruption is kept to a minimum.”

The Australian Open, delayed by the pandemic, is scheduled to start Feb. 8.