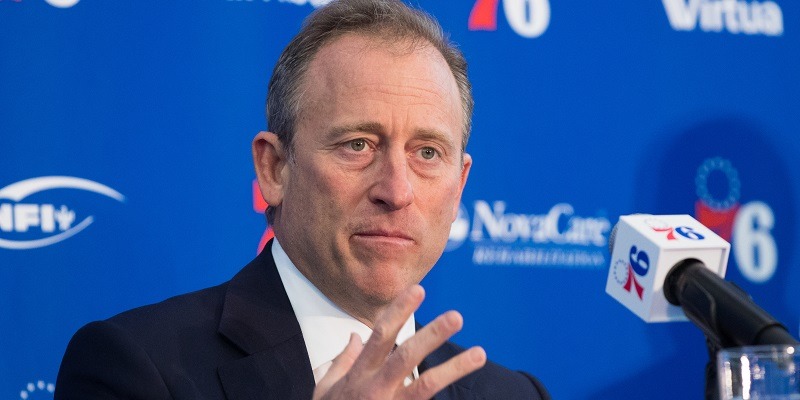 A day after announcing a pay cut for employees, the owner of the Philadelphia 76ers and New Jersey Devils changed his mind Tuesday under public pressure.

On Monday, Harris’ company, Harris Blitzer Sports and Entertainment, had notified employees that they would be hit with temporary pay cuts starting April 15.

The reductions of up to 20 percent, aimed at at-will employees making more than $50,000, were to run through June 30 in an effort to recoup lost revenue in the wake of the coronavirus pandemic, which has forced the pause of every major sports league in the United States.

Harris’ statement Tuesday read, “Our commitment has been to do our best to keep all of our employees working through this very difficult situation. As part of an effort to do that we asked salaried employees to take a temporary 20 percent pay cut while preserving everyone’s full benefits — and keeping our 1500 hourly workers paid throughout the regular season.

“After listening to our staff and players, it’s clear that was the wrong decision. We have reversed it and will be paying these employees their full salaries. This is an extraordinary time in our world — unlike any most of us have ever lived through before — and ordinary business decisions are not enough to meet the moment. To our staff and fans, I apologize for getting this wrong.”

The New York Times reported Monday that contracted employees, such as the coaching staff and front office personnel, had been asked to participate in the cuts, but they could not be forced to do so.

The NBA reportedly will pay all players through April 1, but the fate of paychecks due April 15, which would have been the final day of the regular season, is uncertain. The league is on hiatus until at least mid-April, but it is unlikely to restart that soon.

NHL players will be paid through the scheduled end of the regular season, April 4. It is unclear when or if the hockey season will restart.