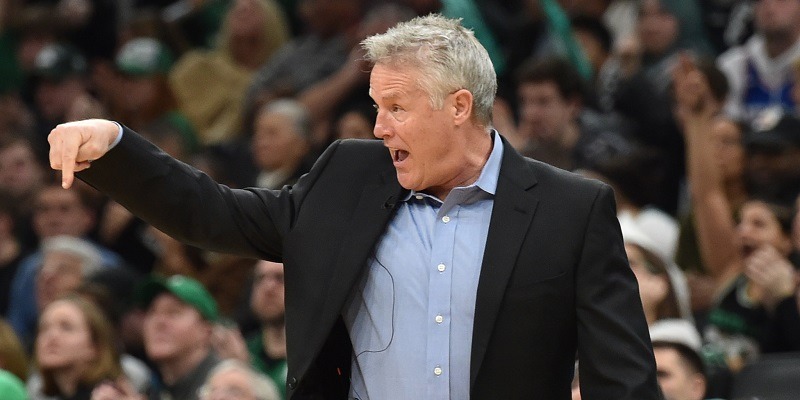 The move comes a day after the Sixers were eliminated from the playoffs by the Boston Celtics in a four-game sweep. Brown led the Sixers to the playoffs the past three seasons.

“I have a tremendous level of respect for Brett both personally and professionally and appreciate all he’s done for the 76ers organization and the city of Philadelphia,” 76ers general manager Elton Brand said in a statement.

“Unfortunately, we fell well short of our goals this year and I believe it is best to go in a new direction. This will be an important offseason for us as we look to get back on track towards our goal of competing for an NBA championship.”

Brand conducted exit interviews with the players Sunday night, during which Joel Embiid, Al Horford and Josh Richardson criticized Brown, according to the Philadelphia Inquirer.

Brown had two years and $10 million remaining on his contract.

“In 2013, I was employed to lead one of the most dramatic rebuilds in professional sports history. In the past seven years, our players and coaches have evolved and grown, and I have deep appreciation for the 102 players I have coached,” Brown said in a statement.

“I am grateful for my coaching staffs and their dedication to our common goal, while also proud to see three of my former assistants now deservedly, NBA Head Coaches and one a major college Head Coach.”

ESPN reports more changes in the front office structure of the team, though Brand is expected to be retained.

The team is expected to target Ty Lue, who won a title with the Cleveland Cavaliers in 2016 with LeBron James, according to ESPN. Lue is an assistant coach with the Los Angeles Clippers. The team is also expected to gauge the interest of Villanova head coach Jay Wright, per the report.