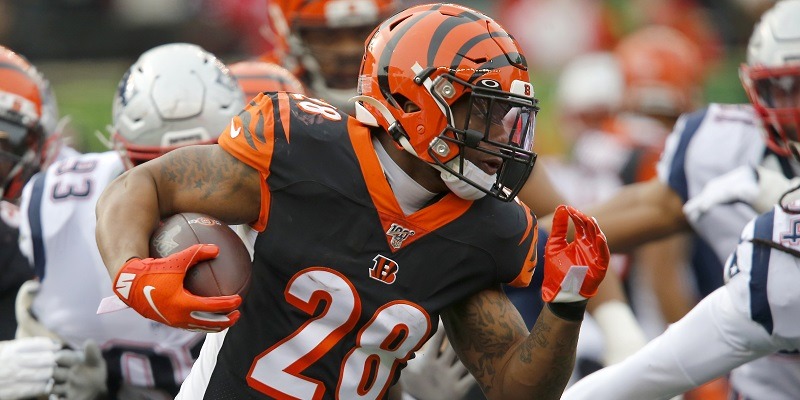 With the NFL on hold, Cincinnati Bengals running back Joe Mixon is contemplating a holdout.

According to The Athletic, Mixon requested a long-term deal before the start of the 2020 NFL regular season and the Bengals are prepared to play without him if needed. In the team’s view, Mixon is considering a holdout if the Bengals opt not to oblige his contract demands.

There is a line forming with the Bengals behind franchise-tagged wide receiver AJ Green among Cincinnati skill-position players who are ready to cash in on new contracts.

Green has not signed his one-year franchise tender with the Bengals but has previously said he wouldn’t turn down $16 million for one year.

Mixon is coming off back-to-back 1,100-yard seasons and was a workhorse the second half of the 2019 campaign with 194 carries after Week 8.

The Bengals are expected to draft LSU quarterback Joe Burrow with the No. 1 overall pick next Thursday, making him the new centerpiece of Zac Taylor’s offense.

Mixon, 23, dropped in the draft out of Oklahoma because of an incident caught on video in which he’s shown punching a female student. He was still drafted in the second round.

While Christian McCaffrey received a large contract this week from the Carolina Panthers, recent running back holdouts have not worked out well for players.

Le’Veon Bell held out for a full season during which the Pittsburgh Steelers didn’t budge. Last summer, Melvin Gordon held out, turned down a deal worth more than $10 million per season and wound up leaving in free agency for a two-year deal — worth a total of $16 million — with the Denver Broncos.