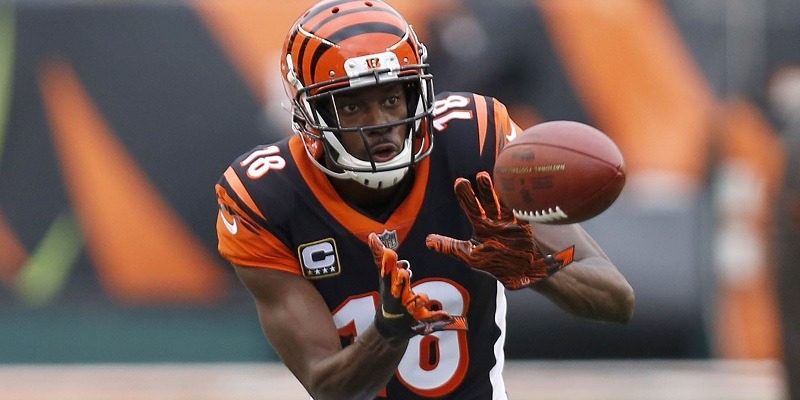 Cincinnati Bengals wide receiver A.J. Green doesn’t appear to be returning to the field in the near future.

Green has yet to play in a game this season since sustaining an ankle injury in July. The seven-time Pro Bowl selection was limited in practice last week before failing to participate in this week’s sessions.

Green’s name has been tossed about as a potential target prior to the trade deadline, although Bengals coach Zac Taylor was definitive last week that the star wideout won’t be shipped away from the team with which he has spent his entire NFL career.

“I don’t think about none of that stuff,” the 31-year-old Green said. “That’s the media finding something to talk about. That’s the big topic right: Who could be traded? With the season we’ve had, everybody thinks I’m going to be traded. I’m trying to get healthy. I don’t think about getting traded or anything like that. I’m not a guy who waits to get traded or not to get traded. We’ll see what happens.”

Green has collected 602 receptions for 8,907 yards and 63 touchdowns in 111 games since the Bengals selected him fourth overall in the 2011 NFL Draft. He recorded season-lows in catches (46) and receiving yards (694) last season after sitting out the last seven games with a toe injury.