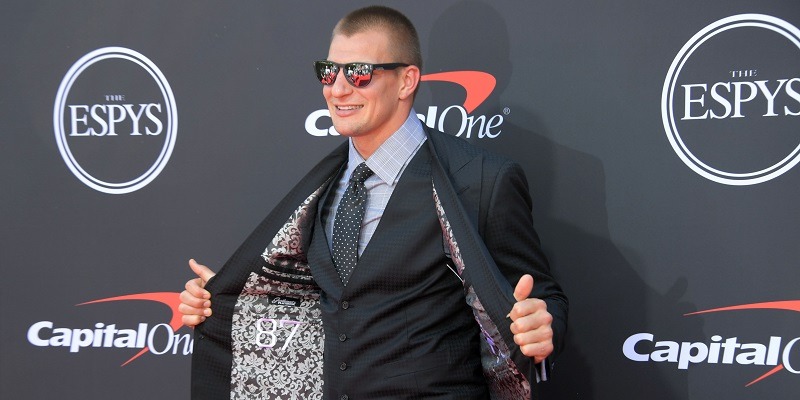 Rob Gronkowski announced on social media that he has a “big announcement” forthcoming, but he gave no hint as to whether he’s coming out of retirement to play tight end for the New England Patriots.

“What’s up, Gronk Nation? I have a big announcement to make,” he started in a video posted to his Instagram story on Saturday night. “I can’t wait to drop it on all of you this coming Tuesday. It’s gonna be fun, it’s gonna be wild, it’s gonna be a good time.”

He said he would post his announcement on Tuesday at 9 a.m. Eastern time.

On Sunday morning, he followed that message with another on his Facebook page. He shared a 2016 video of quarterback Tom Brady blowing into a conch shell that was captioned, ”New England Patriots RECEIVERS… ASSEMBLE!!!”

Gronkowski added his comment: “Tom Brady, do you think this thing still works?”

Gronkowski announced his retirement in March after nine seasons with the Patriots, who selected him in the second round of the 2010 NFL Draft. He has previously said he wouldn’t likely consider a return.

Reports emerged earlier this month that Patriots owner Robert Kraft told Gronkowski when he retired that the team would welcome him back for the end of the 2019 season and the postseason run. If the tight end returns, he must do so by Nov. 30 to be eligible to play this season.

Despite his cryptic posts, Patriots fans shouldn’t be too excited about the prospect of seeing No. 87 back on the field. When Gronkowski teased previous announcements, he told his social media followers that he would be working with a CBD company and then as a Fox Sports analyst.