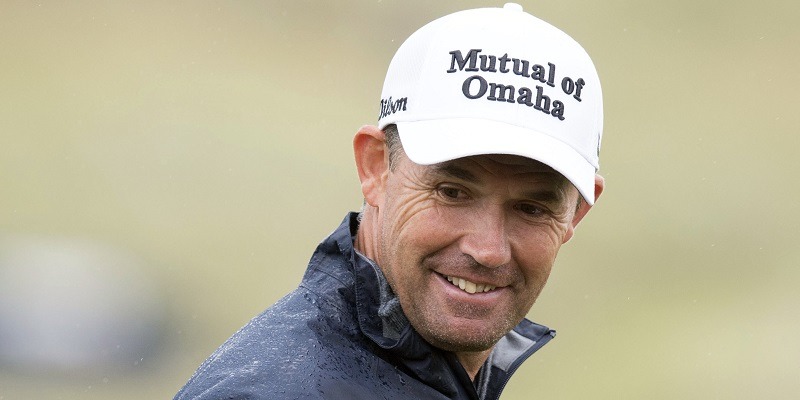 Padraig Harrington on Tuesday was announced as the captain for Europe’s 2020 Ryder Cup team.
The European Tour called a press conference at its headquarters near London, where the three-time major champion was officially named captain. Harrington will become the third Irish captain for Team Europe in the past four Ryder Cups.
“There seems to be a natural progression,” Harrington said Tuesday. “It seems to be the right time and place for me in my career. But just because it seems like my turn, it’s something I thought long and hard about. Was it the right time?

“I realize it’s good timing in my career, but I always realize it’s probably the best setting for the team, going to the U.S. having me the captain at this time. When I talked to the other players and potential captains going forward, it seemed to fit nicely that I go and do the away match.”
Denmark’s Thomas Bjorn led Europe to a commanding victory over the United States at Le Golf National in Paris in September.
The 2020 event will take place at Whistling Straits in Wisconsin.
Bjorn and the two previous captains, Darren Clarke and Paul McGinley, are on a panel charged with determining the captain for the next team. Harrington has long been the leading candidate, especially with England’s Lee Westwood announcing that he will wait until Rome in 2022 to put his name in the ring for the captaincy.
Harrington, 47, played in six Ryder Cups – including four Team Europe victories – and has served as a vice captain in each of the three previous Ryder Cups.

Harrington announced last week that he will miss at least two events due to a broken wrist. He will be sidelined for the Abu Dhabi and Dubai events on the European Tour in January, with a goal to return in time for the AT&T Pebble Beach Pro-Am the second week of February.
“Over the Christmas period I discovered that I had broken a bone in my wrist,” Harrington announced on his website.
“I had slipped whilst walking down the stairs at home in mid-December.
“Whilst it continues to heal, I need to keep it in a splint a little while longer so, frustratingly, I will need to miss the first two planned events of my season in Abu Dhabi and Dubai.
“However, I should be fully fit for the AT&T Pebble Beach Pro-am on the PGA Tour in early February.”
Harrington finished 220th in the FedEx Cup standings last season, but has elected to use his one-time top-50 exemption for this season as he is currently 49th on the PGA Tour’s career money list.
–Field Level Media