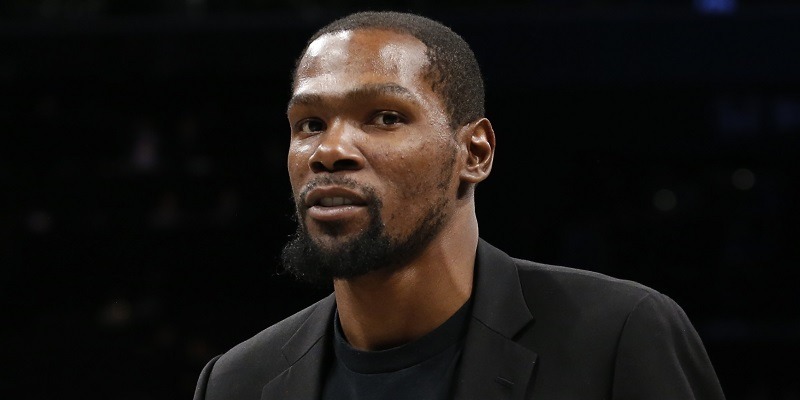 Former NBA MVP Kevin Durant will not make his Brooklyn Nets debut when the season resumes next month, he confirmed Friday, ending speculation that the star forward might salvage some games in the 2019-20 season.

Durant told The Undefeated, “My season is over.”

The 10-time All-Star ruptured his right Achilles tendon in the 2019 NBA Finals as a member of the Golden State Warriors. He was traded to the Nets on July 7 under the belief he would miss the entire 2019-20 season because of a lengthy recovery timetable.

While Durant had progressed during his rehab with the Nets, participating in five-on-five scrimmages in March, his work level hasn’t been the same since after the season was shut down because of the coronavirus pandemic.

The Nets are one of 22 NBA teams that will resume play next month at Walt Disney World Resort near Orlando, Fla., but Durant won’t see any game action.

“It’s just best for me to wait,” Durant told The Undefeated. “I don’t think I’m ready to play that type of intensity right now in the next month. It gives me more time to get ready for next season and the rest of my career. …

“My season is over. I don’t plan on playing at all. We decided last summer when it first happened that I was just going to wait until the following season. I had no plans of playing at all this season.”

He added that it is uncertain if he will join his Nets teammates at Disney World.

Durant is expected to be ready to participate in training camp for next season. Because of the delayed ending to the 2019-20 season, next season’s training camps could start in November, with the season possibly beginning on Dec. 1.

Durant, 31, is a two-time NBA champion and won his lone MVP award in 2013-14. He has averaged 27 points and 7.1 rebounds over 12 seasons (849 games) with the Seattle SuperSonics, Oklahoma City Thunder and the Warriors. He has led the NBA in scoring four times, most recently in 2013-14 with the Thunder, when he poured in a career-best 32 points per game.

He left the Warriors last summer, receiving a four-year, $164 million free agent contract from the Nets.