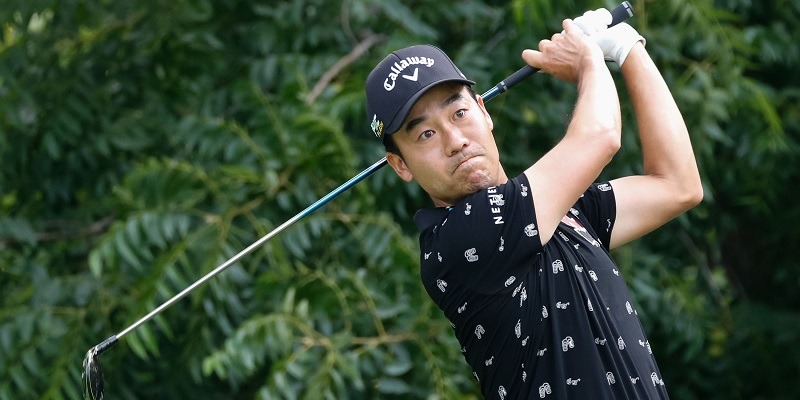 Kevin Na cruised to his third career PGA tour victory on Sunday, winning the Charles Schwab Challenge in Fort Worth, Texas, by four shots over Tony Finau.
Na, who started the day with a two-shot lead, increased his cushion early with three birdies over his first six holes Colonial Country Club and balanced bogeys at Nos. 7 and 10 with two more birdies at Nos. 8 and 14. He punctuated his win with a wedge shot on 18 from 148 yards out to within 10 feet and drained the putt for a final birdie and a 4-under round of 66 to finish 13-under 267.

“Standing on the first tee, I looked at that wall and in my head I engraved my name in it, and sure enough it’s going to be there,” Na told CBS Sports following his round regarding seeing his name on Colonial’s Wall of Champions.
“Every year I come here, I knew I had a chance to win,” he continued, noting that the golf course set up to his strengths. “And I knew before my career was over that I was going to definitely win out here if not multiple times. It’s nice to get one, but who knows, maybe I’ll win a couple more times here before my career is over.”
It was the second win in less than a year for the 35-year-old Na, a Las Vegas resident who was born in South Korea but came to the States when he was just 8 years old. He last won at the 2018 Greenbrier event in July and his best finish this season prior to Fort Worth was a T-5 at the WGC Match Play in March.
With the win, Na moves up significantly in the FedEx Cup rankings from No. 98 to No. 27, and he also earned 1,000 valuable Presidents Cup points
First-round leader Finau, who birdied 18 to grab a solo second-place finish, shot 68 to finish at 9 under for the tournament.
“I learned a lot about the swing changes that I’ve made, and I made a nice run,” said Finau, 29, who is still searching for his second PGA Tour win but now has three runner-up finishes this season. “I had some looks down the stretch that didn’t go my way, but made some strides in the golf swing, tried a new putter grip this week and apparently it seemed to work.”
Finau, 29 from Salt Lake City, is currently ranked No. 33 and last won at the Puerto Rico Open in March 2016.
Finishing tied for third at 8 under were Andrew Putnam (66) and Taiwan’s C.T. Pan (69), while Sweden’s Jonas Blixt (68) finished in rounded out the top five at 7 under.
Jordan Speith, still seeking his first win since the 2017 British Open, fired a final-round 2-over 72 to finish in a five-way tie for eighth place at 5 under.
Defending champion Justin Rose of England finished T-58 after shooting even-par 70 on Sunday. Scotsman Russell Knox, 33, posted the low round of the day with a bogey-free 65 and also finished T-8.
–Field Level Media (@FieldLevelMedia)