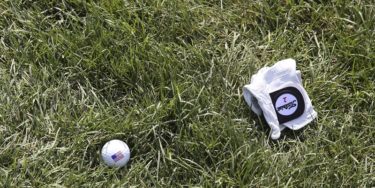 LPGA officials are aiming for a return to golf in July.

The overhauled schedule was released in part on Wednesday with a major caveat from LPGA commissioner Mike Whan.

“One thing that has become clear is that there will be no ‘opening bell’ regarding a return to safe play in this new normal of the COVID-19 pandemic,” Whan said. “To be honest, being ‘first’ has never been the goal when it comes to returning to play in this new normal. We have built a schedule that we think is as safe as possible given what we know about travel bans, testing availability, and delivering events that our sponsors and our athletes will be excited to attend.”

By rescheduling ALL of our original June @LPGA events, we were able to move back (from mid-June) to a mid-July restart without further impacting the number of LPGA official events/starts. https://t.co/HJoQqeuNrs

The Dow Great Lakes Bay Invitational in central Michigan is scheduled to be held July 15-18 and would restart the LPGA calendar.

The Evian Championship would take place Aug. 6-9 in France and serve as the LPGA’s first major of the season.

The way the schedules were formed, that event would fall on the same weekend as the rescheduled PGA Championship.

The women’s PGA Championship is being moved from late June to Oct. 8-11 at Aronimink Golf Club in Pennsylvania. That major had been scheduled for June 25-28.

Unlike the men’s event, the Women’s British Open is still on the schedule — Aug. 20-23 at Royal Troon Golf Club in, Troon, Scotland.