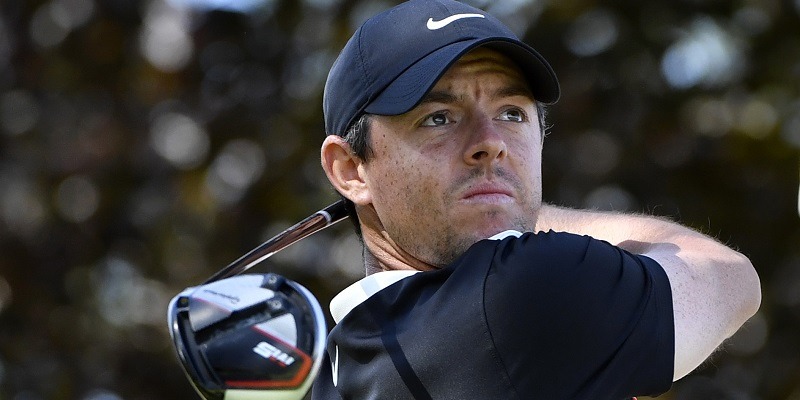 When the going gets tough, the tough get going – and there’s no one tougher on a difficult golf course than Northern Ireland’s Rory McIlroy.
Northern Ireland’s Rory McIlroy marshalled the luck of the Irish on St. Patrick’s Day, and clutch play down the stretch, to finish at 16-under-par 272 and capture a one-shot victory over American Jim Furyk on Sunday at The Players Championship on the demanding TPC Sawgrass Stadium Course in Ponte Vedra Beach, Fla.
McIlroy finished with an erratic 2-under 70 over the final 18 holes that featured six birdies, a bogey and a double bogey. But with the rest of the field also struggling, it was enough for the win.
“I liked today because I knew it was tough, and guys weren’t going to get away from us,” McIlroy said afterward. “I just stayed as patient as I possibly could, and anytime I looked at the leaderboard, I was pleasantly surprised I hadn’t fallen two or three shots behind. That gave me the encouragement to keep going and put together a good back-nine.”
McIlroy birdied the 15th hole then took the lead for good with a two-putt birdie on the par-5 16th. A nervy swing on the par-3 17th, with its famed island green, led to a par; he then ripped a driver off the tee on the closing hole, found the middle of the fairway, hit the green in regulation and two-putted for the victory.

The 48-year-old Furyk put a charge through the chilled and wind-swept gallery with a 67 that included a 3-foot putt for birdie on the closing hole. That putt allowed Furyk the clubhouse lead for about an hour as he made a bid to become the oldest winner of the event.
Furyk, the losing captain of last year’s U.S. Ryder Cup team, had to play himself into this field two weeks ago with a tie for ninth at the Honda Classic.
“I was excited about the way I was playing after Honda, and I felt great about my game,” Furyk said. “I was just looking for my opportunity. All week, I wanted to remind myself I really wasn’t supposed to be here. This golf course tightens me up — it’s not visual for me. I tried to be as aggressive as I could and stay loose.”
Eddie Pepperell of England and Jhonattan Vegas of Venezuela each fired 66s to finish in a tie for third at 14 under, with World No. 1 Dustin Johnson (69), Brandt Snedeker (69), and England’s Tommy Fleetwood (73) tied for fifth another stroke back.
Hideki Matsuyama of Japan (67), Justin Rose of England (68), Brian Harman (70), and Australia’s Jason Day (72) finished tied for eighth at 11 under.
The win was McIlroy’s first since last year’s Arnold Palmer Invitational and the 15th of his PGA Tour career. Eight of McIroy’s PGA Tour victories have come when he trailed entering the final round.
McIlroy’s finishes this season include second at the WGC-Mexico Championship, ties for fourth at the Sentry Tournament of Champions in Hawai’i and the the Genesis Open in Los Angeles; a tie for fifth at the Farmers Insurance Open in La Jolla, Cal.; and a tie for sixth in his defense of last week’s Arnold Palmer Invitational in Orlando.
“This has been one of the best starts to a year of my career, and all those chances helped me,” McIlroy said. “It’s a culmination of getting those experiences and feeling a little more comfortable each time.
“It was a difficult day, and this was probably the deepest field of the year,” McIlroy added. “There is so much on the line. I’m just thankful it was my turn this week — I felt like if I stayed patient enough, things would work out for me, and I’m glad they have.”
McIlroy started the day at 14 under, tied with Fleetwood and a shot off the pace set after 54 holes by Spain’s Jon Rahm.
Rahm struggled early on with bogeys on three of his first four holes, righted the ship for a while but ended his chances with a double bogey on the watery 17th. He finished tied for 12th at 11 under after a 76.
Defending champion Webb Simpson tied for 16th at 10 under after a 68 in the final round. Simpson was assessed a one-stroke penalty on the 14th green after his putter accidentally became tangled in his shirt and hit his golf ball, moving it. The penalty resulted in a bogey on the hole.
“I’m going to be loud and clear — we have to get intent into the rules,” Simpson said afterward. “We have to. Because it’s killing our game when it comes to these kind of things. My putter hit my clothes, it moved it a quarter-inch — I’m going to move it back. So I’m just I’m hoping that somehow or another intent can get broadened.”
Tiger Woods finished in a tie for 30th at 6 under upon carding a 69 on Sunday.
The PGA Tour moves back down the Florida coast to Palm Harbor next week for the Valspar Championship at the Innisbrook Resort.
–Field Level Media