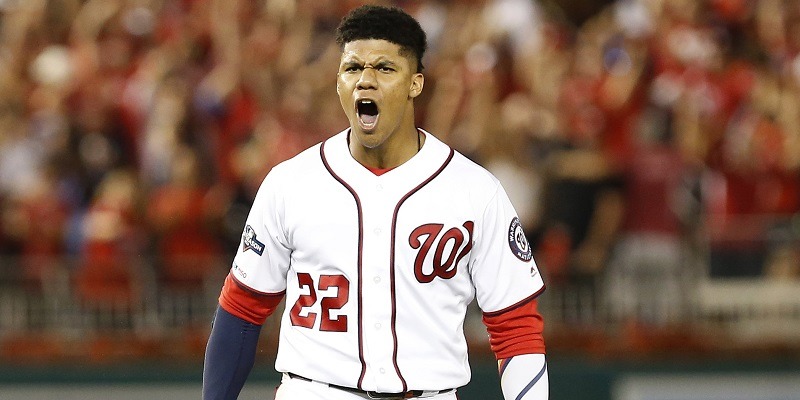 Juan Soto hit a go-ahead, bases-clearing single with two outs in the eighth inning, and the Washington Nationals rallied for a 4-3 win over the visiting Milwaukee Brewers on Tuesday night in the National League wild-card game.

Soto, who turns 21 later this month, came through with a hard-hit single with the bases loaded. The ball rolled under the glove of Brewers right fielder Trent Grisham, setting off a wild celebration in the stands as Andrew Stevenson, Michael Taylor and Anthony Rendon came around to score.

Yasmani Grandal and Eric Thames each homered for the Brewers. A promising campaign ended abruptly for Milwaukee, which won 89 games — including 18 of its final 23 contests — before its late-inning collapse.

Nationals right-hander Stephen Strasburg (1-0) earned the victory after pitching three scoreless innings of relief. He gave up two hits, walked none and struck out four.

Daniel Hudson notched the save by pitching a scoreless ninth for the Nationals. He and Strasburg followed starter Max Scherzer, who gave up three runs in five innings and left the mound with the Nationals’ postseason hopes in doubt.

Hader allowed three runs (two earned) on two hits and a walk in one inning. He struck out two.

The Brewers jumped to a 2-0 lead before recording their first out at the plate. Grisham drew a leadoff walk and Grandal yanked a first-pitch fastball over the wall in right field for his third career postseason home run.

The quick strike stunned the Nationals home fans, who had just settled into their seats. Grandal was 1-for-13 with seven strikeouts against Scherzer in regular-season matchups before belting the two-run homer into the Washington bullpen.

In the second, Milwaukee increased its lead to 3-0 on a solo shot by Thames. He pounded a low breaking ball an estimated 411 feet to right-center field for his first career postseason homer.

The Nationals pulled within 3-1 in the third on Trea Turner’s solo homer. He squared up a 97 mph fastball for his first postseason blast off Brewers starter Brandon Woodruff. Normally a reliever, the right-hander threw four innings and gave up one run and two hits, striking out three without a walk.