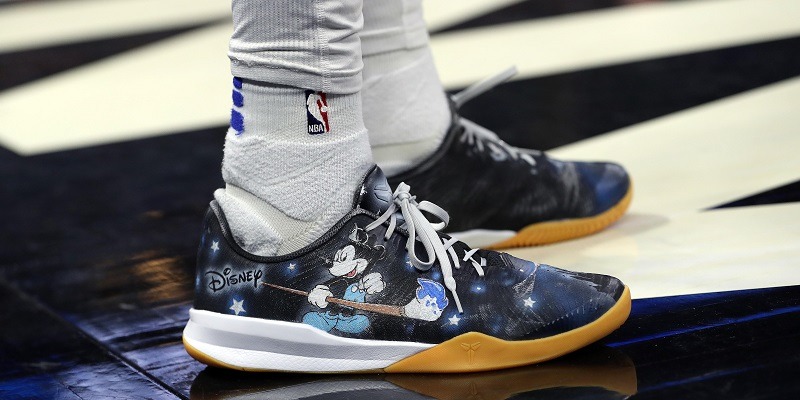 The NBA is considering using the Walt Disney World Resort in Orlando, Fla., as a potential playing site should the 2019-20 season resume, and has even gotten the OK from Disney to use the site, Stadium’s Shams Charania reported Wednesday.

The report came hours after Dr. Anthony Fauci, director of the National Institute of Allergy and Infectious Diseases, told the New York Times some professional sports leagues may have to “bite the bullet” and cancel their seasons altogether because of the COVID-19 pandemic.

According to Charania, NBA commissioner Adam Silver on Wednesday had a conference call with the league’s 30 general managers and a league doctor and discussed what Charania called “some positive developments” regarding potential treatment for COVID-19 and a vaccine trial in England.

Our Insider @ShamsCharania reports on the NBA considering Disney World Resort as a potential return playing site and the latest discussions around coronavirus. pic.twitter.com/BUNNSFdKmA

According to reports Wednesday, the experimental drug remdesivir showed positive results with COVID-19 patients in a recent study, and the University of Oxford in England on Tuesday announced a vaccine prevented six monkeys from contracting COVID-19 at a lab in Montana despite getting heavy quantities of the virus. A human trial of the vaccine is now underway.

The NBA announced Monday it will soon unveil rule changes that will allow teams to open their practice facilities for players to take part in treatment and limited workouts, so long as the city in which the facility is located permits it.

Numerous restrictions will be still be in place for this limited opening of facilities, the league said in a statement. There also is no set date for when facilities can open, though “the league advised teams that it is targeting no earlier than Friday, May 8, as the commencement date for the new rules, and that it may push this timing back if developments warrant,” per the release.

The NBA suspended play March 11 after Utah Jazz center Rudy Gobert tested positive for the coronavirus. Whether or not the 2019-20 season will resume remains unknown. A week later, the league instructed teams to close their training and practice facilities.

Earlier Wednesday, Fauci told the New York Times, “I would love to be able to have all sports back. But as a health official and a physician and a scientist, I have to say, right now, when you look at the country, we’re not ready for that yet. …

“Safety, for the players and for the fans, trumps everything. If you can’t guarantee safety, then unfortunately you’re going to have to bite the bullet and say, ‘We may have to go without this sport for this season.'”

NBA executives have also reportedly discussed the idea of having all 30 teams attempt to finish the regular season and play the playoffs in Las Vegas in one central location.