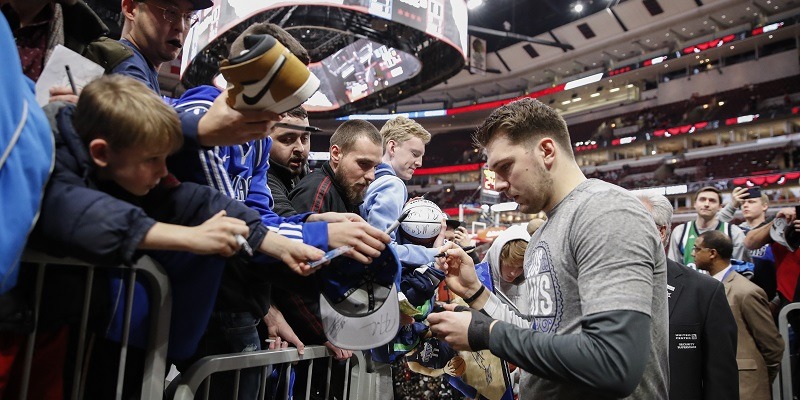 The NBA has advised players to limit contact with fans as a precaution as cases of the coronavirus are appearing in the United States.

The league is recommending players “utilize fist-bumps over high-fives with fans,” ESPN reported. The league also advised players not to touch anything passed by fans for autographs, such as pens and jerseys, the report added.

“The health and safety of our employees, teams, players and fans is paramount,” the NBA said in a statement issued Monday. “We are coordinating with our teams and consulting with the CDC and infectious disease specialists on the coronavirus and continue to monitor the situation closely.”

Guard CJ McCollum of the Portland Trail Blazers already tweeted that he was suspending signing autographs. He made his announcement on Saturday after a coronavirus case had been confirmed in Oregon.

The Corona Virus has officially hit Oregon. More specifically Lake Oswego…Make sure y’all washing y’all hands with soap for 20 or more seconds & covering ya mouths when you cough. I am officially taking a break from signing autographs until further notice.

ESPN also reported that team front offices are worried about the effect the virus will have on workouts and scouting before June’s draft, adding that efforts to scout players based overseas could be “limited in scope.”

The Chinese Basketball Association suspended play Feb. 1 over fears over the coronavirus. The outbreak started in China in December and 3,100 people have died — more than 2,900 in China. Globally, more than 90,000 have been infected, CNN reported Tuesday.