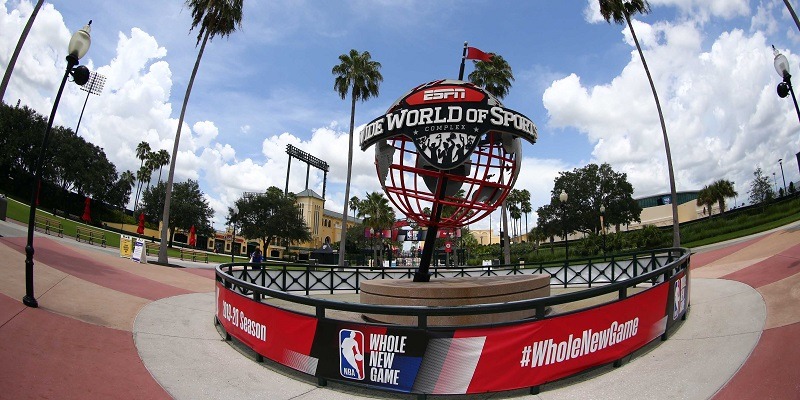 National Basketball Players Association executive director Michele Roberts said Tuesday that the “bubble” environment might be necessary for the 2020-21 season to be held.

Speaking to ESPN, Roberts pointed to the controlled atmosphere at Walt Disney World Resort in the Orlando area as the reason why there have been so few issues as the league attempts to restart the season during the coronavirus pandemic.

The NBA season restarts on Thursday when the Los Angeles Lakers facing the Los Angeles Clippers and the New Orleans Pelicans meeting the Utah Jazz. The relaunch starts with the NBA having gone nearly three weeks without a positive COVID-19 test inside the bubble and just two overall, both at check-in.

“I’m not in the (President) Trump camp in believing it’s all going to go away in two weeks, but I’m praying, praying that there will be a different set of circumstances that will allow us to play in a different way,” Roberts told ESPN. “But because I don’t know, all I know is what I know now. So it may be that, if the bubble is the way to play, then that is likely gonna be the way we play next season, if things remains as they are.

“I hope not. Because I’d like to think that people can live with their families. But I can only comment on what I know, and what I know is right now.”

Roberts is pleasantly surprised that the bubble atmosphere is working so well. She had expressed concerns over such a set-up two months ago but seeing it for her own eyes has changed her opinion.

“I was worried that it was going to appear a little too much like an armed camp,” Roberts said. “I really was. I said, ‘Look. You can’t incarcerate people. Even if it’s a pretty prison, if it’s a prison, it’s still a prison.’

“But having gotten here, sure there’s some things — having to take your temperature, and the testing. But it could not be easier. For me to comply with the health and safety protocols, obviously I have to wear a mask and all that, but the affirmative things you have to do are really simple, and the facilities where the players are able to play and workout are absolutely consistent with the quality that they need to have and are accustomed to using. The medical facilities and the physicians on campus, I’m not worried about anyone getting sick and not being able to get absolutely immediate health care. So, no, I am completely satisfied that we’ve come up with the right protocol.

“Nothing is perfect, and knock on wood every day and cross my fingers every day that no one has gotten infected since we’ve been here. But this is clearly, we’ve happened upon the way to play. And the players are largely cool with it.”