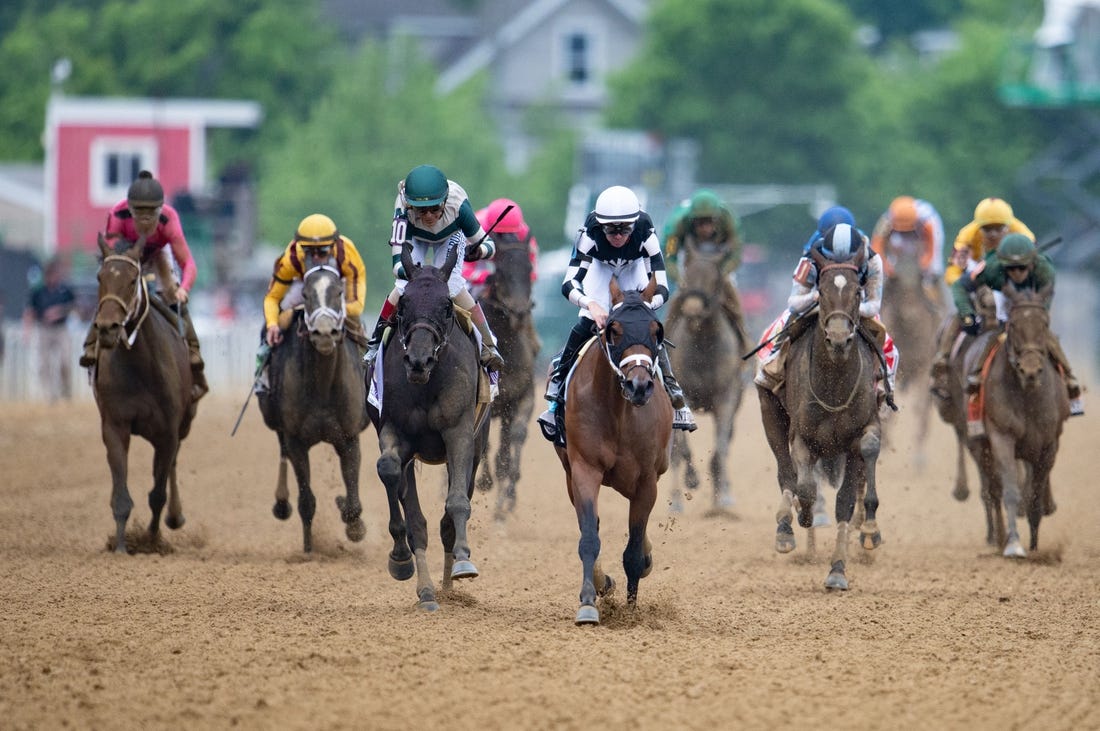 The annual race for 3-year-old fillies takes place the day before the Preakness Stakes, the second jewel of the Triple Crown.

Interstatedaydream went off at 6-1, tied for third-shortest odds, and ran second to Beguine (11-1) for most of the race. She passed Beguine on the outside down the home stretch.

“I’m just very proud of her,” trainer Brad Cox said. “She stepped up and ran a huge race. I was very shocked to see she was the price she was going into the gate. She wasn’t getting a lot of respect, and I really thought she fit well with this group.”

Florent Geroux was the winning jockey.

“I’d say top of the lane, I could tell I put away Adare Manor,” Geroux said. “My filly took a nice breather twice during the race, so I thought there was plenty of oxygen in her lungs.”

San Francisco 49ers running back Elijah Mitchell will miss six to eight weeks with a sprained MCL in his left knee, coach Kyle Shanahan told reporters on Monday. Mitchell was…

Jang “Nuguri” Ha-gwon of South Korea retired from competitive League of Legends on Monday. Nuguri, 23, played top laner for Damwon Gaming and FunPlus Phoenix between 2017 and 2022. The…

San Francisco 49ers running back Elijah Mitchell will miss six to eight weeks with a sprained MCL in his left knee, coach Kyle Shanahan told reporters on Monday. Mitchell was…