No. 10 Creighton becomes 4th double-digit seed ever in Elite 8 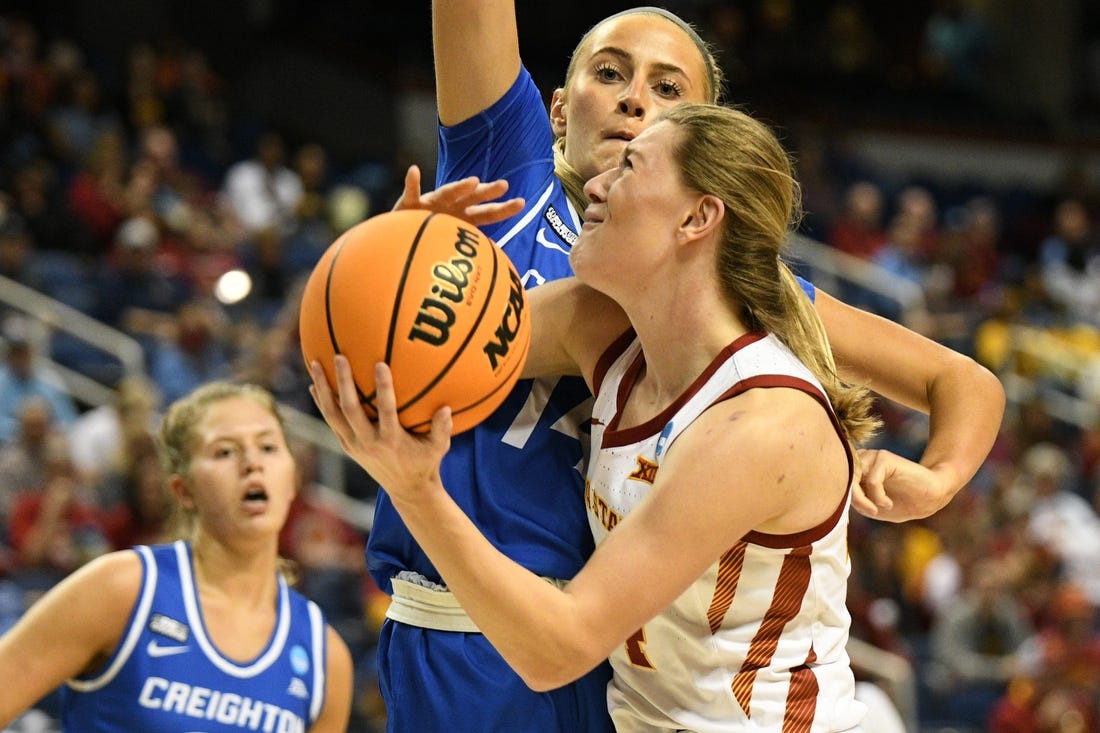 GREENSBORO, N.C. — Morgan Maly scored a career-high 21 points and No. 10 Creighton’s Cinderella run in the women’s NCAA Tournament continued as the Bluejays upset No. 3 Iowa State 76-68 on Friday in the Greensboro Region semifinal.

The Bluejays move on to face the tournament’s overall No. 1 seed, South Carolina, on Sunday.

In an off-the-bench effort, Maly added four rebounds. The Bluejays also go 19 points from Tatum Rembao, 13 from Payton Brotzki and 10 from Lauren Jensen.

In what may have been her final game in an Iowa State uniform, Ashley Joens — the reigning Cheryl Miller Award winner — finished with 14 points on 3-of-11 shooting. Joens is eligible for the WNBA Draft but also has one more season of college eligibility left.

After playing an even first half — with the score at halftime knotted at 30 — Creighton broke off an 8-2 run early in the third quarter to take a six-point lead. The Bluejays made 5 of 8 shots from behind the arc in the third while outscoring the Cyclones 29-21.

By the 7:06 mark in the fourth quarter, Creighton had a 13-point lead.

Five different Bluejays sank at least one 3-pointer, and the team shot 11 of 25 from long distance.

Creighton’s bench — led by Maly — outscored Iowa State 30-4. The Bluejays forced the Cyclones into 10 turnovers, which they flipped into 17 points.

The Cyclones are still searching for their first Elite Eight appearance since 2009.

Iowa will try to get back on the winning track when it hosts Georgia Tech as part of the 24th Atlantic Coast Conference-Big Ten Challenge on Tuesday in Iowa City,…

The streaking Vancouver Canucks will look for their sixth win in seven games when they host the Washington Capitals Tuesday night. The Canucks will be playing their third game in…