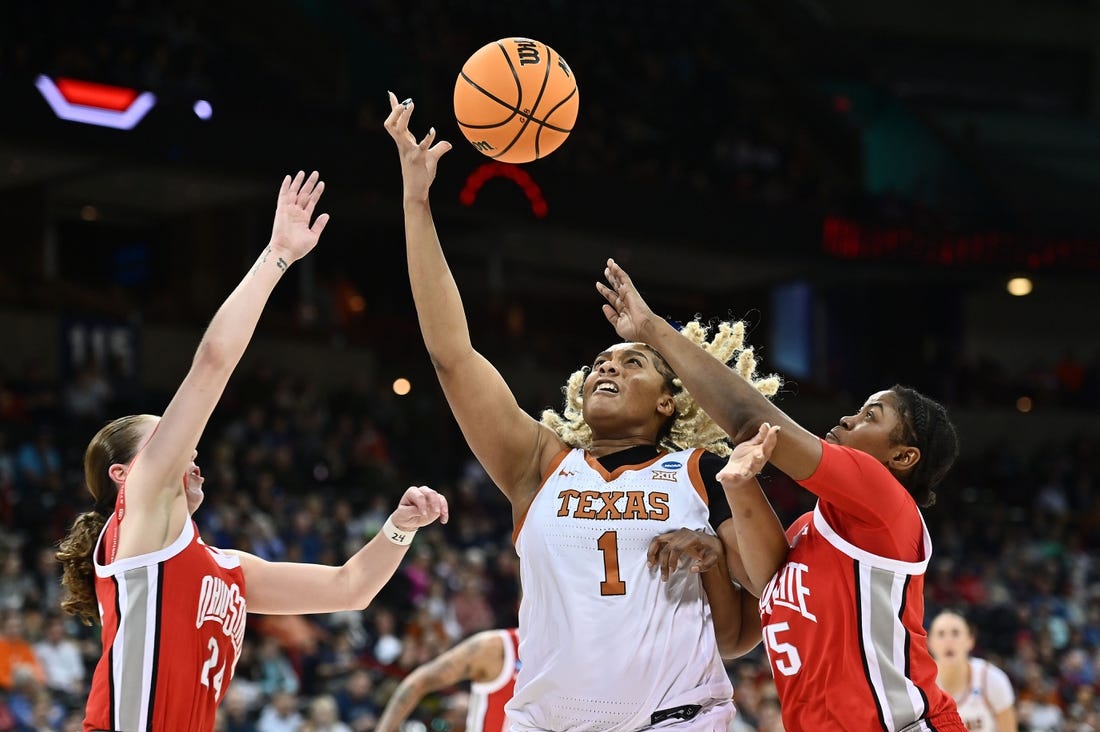 Joanne Allen-Taylor scored 17 points and Aaliyah Moore made a late defensive play as No. 2 seed Texas advanced to the Elite 8 with a 66-63 victory against sixth seed Ohio State in Spokane, Wash., on Friday.

Tanaya Beacham hit a basket for the Buckeyes to pull to within 64-63. After a Texas miss, the Buckeyes had a chance to go ahead, but Moore blocked a shot by Taylor Thierry, and Harmon was fouled with 10.7 seconds left.

She hit both free throws for the final margin and the Buckeyes, who did not have a timeout remaining, were unable to get a shot off.

Mikesell led the Buckeyes with 19 points, Jacy Sheldon had 17 and Braxtin Miller 12.

Ohio State was trying to reach the Elite 8 for the first time since 1993 when the Buckeyes lost the national title game to Texas Tech. They have failed to advance from the regional semifinal in its previous five tries.

Texas got to the Elite 8 last season before losing to South Carolina.

The Longhorns were thrilled to take a two-point halftime lead considering what transpired in the first 20 minutes.

Harmon, the Big 12 Freshman of the Year (averaging 11.4 points, five assists, 4.4 rebounds and 2.5 steals) got into quick foul trouble and did not score in the first half. She played eight minutes in the first quarter and sat the entire second quarter.

Outfielder Jason Heyward signed a minor-league deal with the Los Angeles Dodgers on Thursday. Heyward is returning from knee surgery and didn’t play the final three months of the regular…