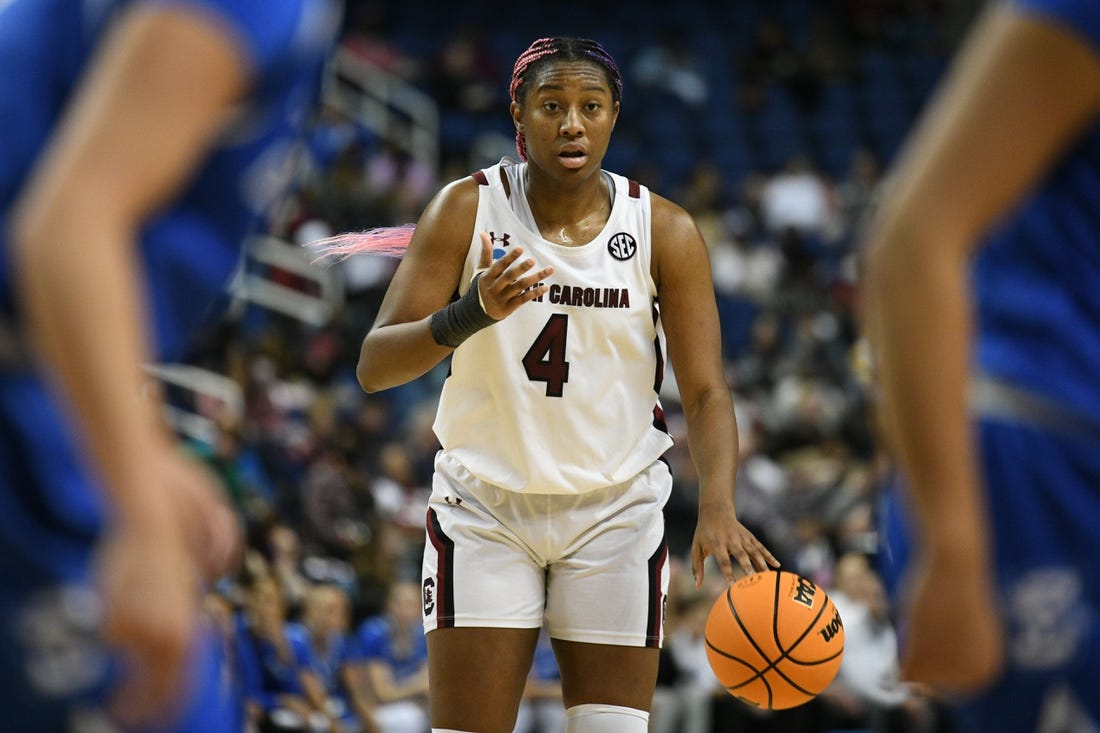 South Carolina star Aliyah Boston was named winner of the women’s Naismith Trophy on Wednesday as the national Player of the Year.

Boston is averaging 16.8 points, 12.2 rebounds, 2.5 blocks and 1.4 steals while leading South Carolina to a 33-2 record. The Gamecocks play Louisville on Friday in the Final Four.

“It took a lot of hard work, a lot of dedication,” Boston said. “Great teammates and a great coaching staff helped me get there.”

The other Player of the Year finalists were Iowa’s Caitlin Cark, Stanford’s Haley Jones and Baylor’s NaLyssa Smith.

Staley won the coaching honor for the second time as she also earned the award in 2020. She is the only person — male or female — to win both the Naismith player and coaching awards. Staley was named Naismith Player of the Year in both 1991 and 1992 when she starred for Virginia.

The other finalists for Defensive Player of the Year were Stanford’s Cameron Brink, Northwestern’s Veronica Burton and Georgia Tech’s Lorela Cubaj.